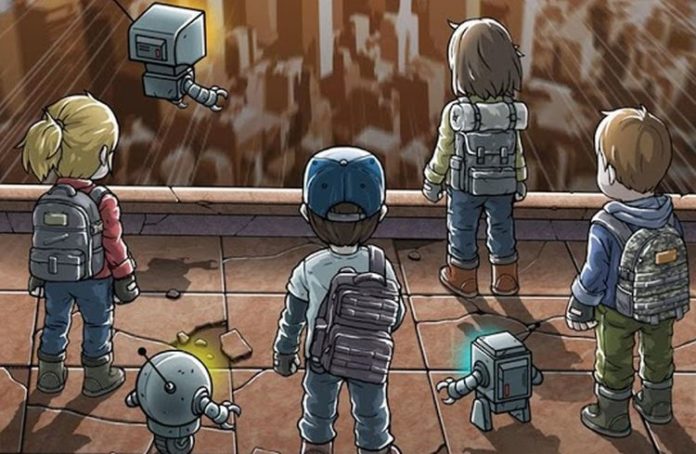 Today, we’re sharing some Underworld: The Shelter cheats and tips and a complete strategy guide that will help you build the ultimate bunker for your survivors and make sure that they live long and prosper underground, taking out mutant threats and ruling the arenas.

I am a sucker for anything post-apocalyptic, so I absolutely loved Underworld on mobile. The game feels a bit like a more hardcore Fallout Shelter where you also get to do the exploring yourself, taking the entire experience to a whole new level. With tons of rooms to unlock, survivors to rescue and things to do, this is a top notch game and a challenging one too.

Therefore, our Underworld tips and tricks should come in handy. They will help you better manage residents and mutants, get the best possible items in the game and enjoy it at maximum levels. So let’s just check out our Underworld: The Shelter cheats and tips below!

Explore like there’s no tomorrow
This is the main part of the game and the thing you should focus all your energy and time on, especially soon after starting to play. 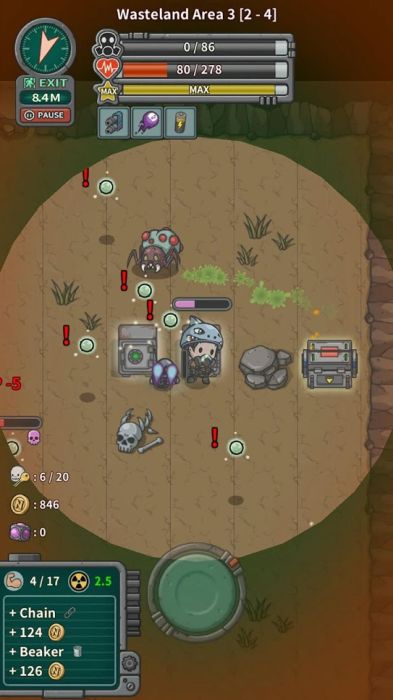 Exploring any area will reward you with much needed XP points for your survivors (and only higher level survivors will be allowed to explore more advanced areas), but also let you collect money and items, as well as rescue mutants that you can cure and turn into residents.

It’s best to explore the highest area that you have explored, but if you’re having trouble getting too far there, it might be wiser to move one or two areas down. In the end, you want to get as many items as possible from each exploration you get and even though the more advanced ones have better items, 10 is better than 0.

Tips for getting the most out of Exploring
Now, there are a few strategies that work really well when exploring, in order to make sure that you get as far as possible.

First of all, you should always consider the main rules: if your survivor’s health reaches zero, they die and they return back to the shelter with all the collected loot lost. However, if in a room you defeat all the enemies, you will no longer take radiation damage, which is a huge advantage.

This is why your main goal is to destroy all enemies as fast as possible, in order to reduce damage you take. 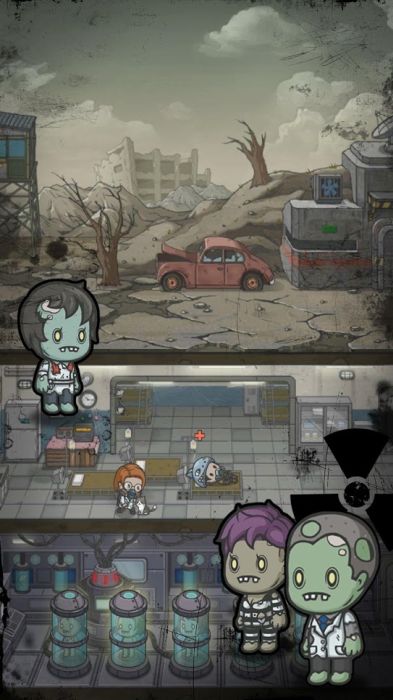 Even better, you should try to position yourself in such a way that you both attack enemies and open the loot boxes at the same time: this way, you open them and get a chance of receiving some damage boosting items that will help you clean out each room even faster.

There are also special items that you might find in each room (usually starting with the second one), like health and resistance point refillers. You should only get those when you’re low on the thing they refill and you can even leave them behind in a completed room and get back to collect the item from another room.

Equip your survivors
Equipping your survivors with top notch gear will help them do better during expeditions. Have in mind that once equipped, an item can only be removed by using premium currency. You can still equip other items from your inventory without the use of premium currency, but if you do that, the replaced item will be lost forever.

Early on this is not a problem, because the starting gear of the survivors isn’t worth much so you can easily replace it. But afterwards, things get a bit more complicated and a bit of micromanagement becomes important.

Normally, I would say that you should have a top 3-4 survivors that you use for exploration only. It doesn’t appear that their attributes (like Str, Luck etc) have any effect in battle, so you should only look at the RP/HP numbers and the damage their robots do.

Don’t rush to equip your survivors with gear and items that you find as soon as you do it. Collect some in different categories and try to equip the best at once on one survivor – it’s best to have a top notch one than 4 mediocre explorers. 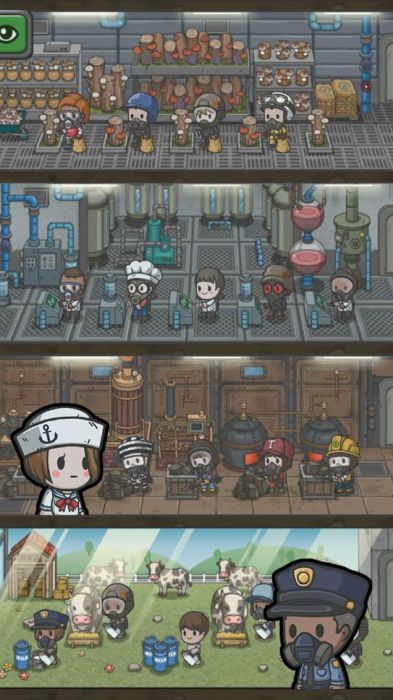 Always cure mutants & banish residents
Slots for holding survivors in your Underworld shelter are limited, so you might end up wanting to banish the mutants that you collect and are piling up outside. But I recommend against this: instead, take your time and cure all mutants, no matter what their star rating and specialization is.

By curing them, you can add them to the shelter and sacrifice them instantly, receiving sacrifice points which, when reaching a specific milestone (1,000 is the first so you need a lot of sacrifices), will reward you with some amazing goodies. Otherwise, if you banish mutants, you’re just wasting points.

In order to make sure that you won’t banish a survivor that you actually need, you can tap on them to open their info menu and tap the small lock-like icon in the top bar.

Complete the Area challenges
Each Area in the exploration room has a challenge attached to it, so you will be able to complete 3 challenges per each area. Make sure that you go for that as soon as you can complete the challenge, because the rewards offered by doing this are extremely solid. 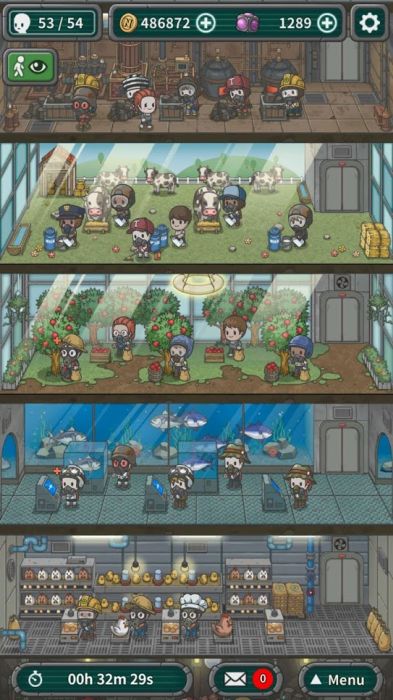 Level up your shelter’s rooms
All the shelter rooms can be leveled up, and doing so is relatively cheap (compared to the prices of everything else in the game) and comes with great benefits.

So, for a long while after starting the game, I recommend focusing on room upgrades only when it comes to spending money. Don’t try to level up your residents with N coins as you will need to spend a ton for a single level. Instead, take them all to explore the highest area they can and they will increase their level through battle.

As for the attributes of your residents, it appears that they are not affected by the level, but by the profession they have and the activity they perform. In other words, if you have a resident mining, when they level up, they will increase their STR.

Invasion & Defense
After a while, you will unlock PvP in Underworld for mobile. This comes with two elements: the looting other players element, where all your survivors count towards the attack (so having as many equipped with top items is a must), and a defense one where you select your best rated survivors to protect your gate and resources.

Attacking other players is risky because you spend a lot of coins to do so. But if you have 5 top survivors to launch an attack, go for it as the monetary rewards might be sweet.

And this concludes our Underworld: The Shelter guide. Hopefully the tips and tricks shared above will help you play the game better and get more from it.