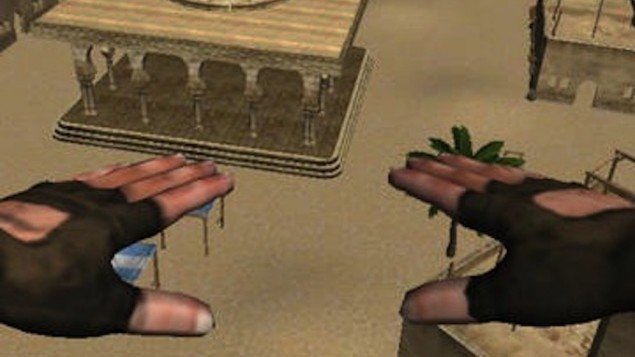 Umoove Experience has just been launched on the App Store and if you do have an iOS-powered device, then you should definitely give it a try. Even though it’s just a very short game that has you collect 14 potions in less than 3:20 minutes, you will probably love it’s control scheme.

Unlike any other game available on mobile, Umoove Experience brings the future to your device and allows you to control your character (a guy who can fly) only by using head movements. Yes, you’re not seeing things: in the game, tilting the game to the right will make your character go right and so on. Absolutely amazing!

Home consoles have movement controls for a while now but bringing such an easy concept to mobile devices can certainly change forever the way games are played and bring up a completely new set of options and opportunities in the mobile gaming world. Endless runners seem like the first obvious option to be able to benefit from this type of controls. Just imagine controlling Temple Run only by moving your head. That could be extremely fun (even though maybe a bit dangerous). And maybe, finally, the first person shooter genre will become playable on mobiles.

Right now, Umoove Experience is in its early stages and even though the little game works pretty well, it still is not perfect. But it is a huge step in the right direction and I really hope that more and more developers will pick up on this technology and deliver the next generation of mobile games. I, personally, can’t wait for that to happen.

And until it’s done, make sure to check out Umoove Experience on iTunes.