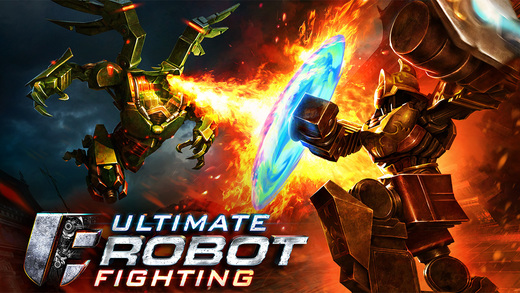 They said that humans could never lead a robot team in the arena successfully; prove them wrong! Ultimate Robot Fighting is a simple one-touch 3 on 3 fighting game that pits your team of sentient robots against all kinds of robots. We’ll help you build the ultimate fighting team with our Ultimate Robot Fighting cheats, tips and trick strategy guide!

1. Alternate between light and heavy combos!

You can perform a light combo by tapping, and a heavy combo by swiping multiple times. Try to alternate between the two different types of combos to be less predictable; you don’t want your opponent to pick up on your fighting habits!

You can make your robot block by holding down two fingers on the screen. If you get hit by an opponent’s first hits, attempt to block as fast as you can. Sometimes, if you’re quick enough, you can block mid-combo and prevent the rest of the hits from landing. Be sure not to let go too early, though! Watch your opponent carefully and ensure that their combo is completely over before you counterattack.

If you get an extra copy of one of your robots, you can rank up that robot. Their damage and armor will increase, and they’ll gain some experience. Do this as often as you can, as there is no point into holding onto copies of robots you already have.

Each robot has three slots for power cards. Power cards increase a robot’s stats, such as damage, armor, and recharge time. Power cards are a little pricey if you buy them with the regular currency, and the bonuses are somewhat minimal, so only buy them for your favorite robots.

5. Use Synergy for passive bonuses!

Certain robots are part of “synergy teams”. When your team is comprised of robots from a full synergy set, they will all gain a small passive bonus, like increased armor and higher attack power. You can check what synergies there are by looking in the Synergy tab of the store. Try to build a team around these to gain the upper hand!

6. Switch frequently to use power assaults!

Even when your robots aren’t fighting, they will be gaining power overtime. You can tell if they have a bar ready to go by the blue lights underneath their portrait. If you want to be particularly devastating, use a power assault with one robot, switch to another one, and use their power assault as well! Follow it up with a 3rd power assault, if you so wish. Bear in mind though that you cannot tag out for a couple of seconds after doing so.

The rest is up to you! Train your team up and crush metal! If you have any other questions or suggestions, leave a comment below!