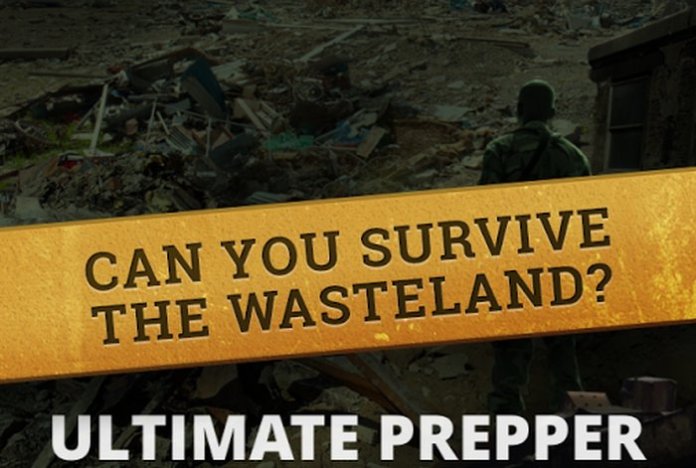 The Ultimate Prepper by Net Craft is an Android only game with an post-apocalyptic approach and awesome music. Really, the game’s music fits the genre so well and resonates with me so nicely that it’s one of the very few games I keep playing with the music on.

It today’s article we’re going to learn everything there is to be learned about the world of The Ultimate Prepper mobile game and check out some cheats and tips that will help you get the most out of the game and live the big life even after the apocalypse.

Mixing two different genres in one (idle game mechanics and endless clicker), this is a really good game that we love playing. But now let’s learn everything about it by checking out our The Ultimate Prepper cheats and tips below.

Buy the skill upgrades for milestones
Like most idle games out there, the idle game part of Ultimate Prepper works like this: when you reach a certain level milestone with the upgrades of your various buildings/skills in the game, the production speed doubles, meaning that you make a lot more money a lot faster.

My strategy is to upgrade everything all the way to level 5 / 10 first (depending on costs) and then build them one by one until I reach the next milestone. These are at level 25, 50, 100 and so on. It’s extremely important to work your way up from the bottom in order to maximize revenue

Unlock the Skill Trainers ASAP
These help you collect the resources generated by your skills and restart them, without needing you to manually tap to restart. This is extremely useful and you should always do your best to have as many skill trainers unlocked as possible in order to maximize profits.

Boost your income
The game gives you the option to watch ads in order to double your income. Each ad doubles your income for 4 hours and you can watch 6 ads per day. My recommendation is to do so because the extra earnings are really useful.

The endless clicker game
Swiping to the right from the skills menu (the idle game part) takes you to the cities where you battle various mobs and bosses. This area works separately from the main one, but it is important to get as far as possible here as it helps with the reset boosts.

Therefore, you should come to the cities regularly and tap the screen and especially defeat bosses as your crew members will eventually get too weak to defeat them on their own.

Remember to purchase the weapon upgrades here as well and unlock new crew members and upgrade them too. We don’t have the regular boosters when reaching milestones here, but the weapon upgrades have a nice way of working: the level of your weapon remains the same you had when you upgrade the quality, basically giving it a massive damage boost.

However, we do have boosts for milestones when upgrading the Partners / Crew members: tap their icon in order to see the effects they get and when do they get them.

Finally, when it comes to bosses – when they get difficult to defeat, you should buy all the possible upgrades available (especially for your own weapon), then launch the Boosters you have in order to maximize your chances of winning.

Sages Guide
You can reset your progress at any time and start over. When you do so, you gain Sages which give you a 2% bonus per sage.

However, you shouldn’t rush to reset the game too often – instead, restart for the first time when you have at least 6 Sages, although 10 would be a better starting point. Then reset when upgrades or progress becomes too difficult in the game. I recommend resetting each time when you get double the sages you already have (so the second time, reset at 20 sages, then at 40, 80 and so on)

These would be, right now, our tips and tricks for fellow Ultimate Prepper players. If you have other strategies that work or advice that you’d like to share, don’t hesitate to post a comment in the comments section below.