Home News Ubisoft’s Clash of Beasts Is an Epic Strategy Game with a Tower...

This article is sponsored by Clash of Beasts

It’s always worth sitting up and taking notice when Ubisoft launches a new game, and this one looks like an absolute banger.

Clash of Beasts, from Ubisoft’s Abu Dhabi studio, is an epic strategy game for mobile with tower defense as well as city-building and frantic, interactive combat. You can download it right now on iOS and Android.

In terms of story, Clash of Beast places you in the shoes of an aspiring mercenary with the Beastmaster’s spark – a highly useful ability to command titanic beasts in battle.

It all kicks off after you travel to the New World to join your mother, a legendary mercenary, only for her to be ritually sacrificed by a jerk called Gideon Morvus. From there on out, you’re on a mission of vengeance.

That means collecting and training up to 65 gigantic beasts, and sending them into battle against your countless enemies.

These titans come in four different classes with five different affinities, all of which interact in unique ways. Plus, each beast has its own unique attacks and spells, creating the scope for almost limitless tactical experimentation and tweaking.

The gameplay loop at the heart of the game involves upgrading and equipping the titans you’ve collected, hurling them against your opponents in spectacular, refreshingly interactive battles, and then claiming all the XP, potions, currency, and so on that you won on the battlefield.

Then you’re back at square one, collecting and upgrading your titans for another go on the merry-go-round.

Plus, there’s a whole other side to the game that sees you placing up to twelve different types of tower to fend off enemies attacking your base. These towers have a range of effects, from freezing targets to debuffing poisons, so cunning placement is everything.

In both its tower defense and its full-on battle modes, Clash of Beasts looks like a tactically deep and visually spectacular strategy game.

You can check it out for free right now on the Google Play Store and the App Store. Make sure you download the game before the 24th of January 2022 to get an exclusive avatar and 150 soul shards. 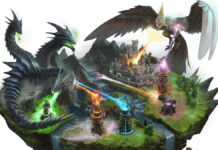 How to Get Essence Fast in Clash of Beasts: Tips and Cheats 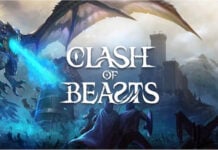 How to Summon Beasts in Clash of Beasts 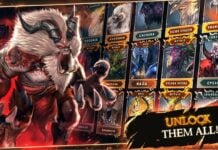 How to Get Gems for Free in Clash of Beasts