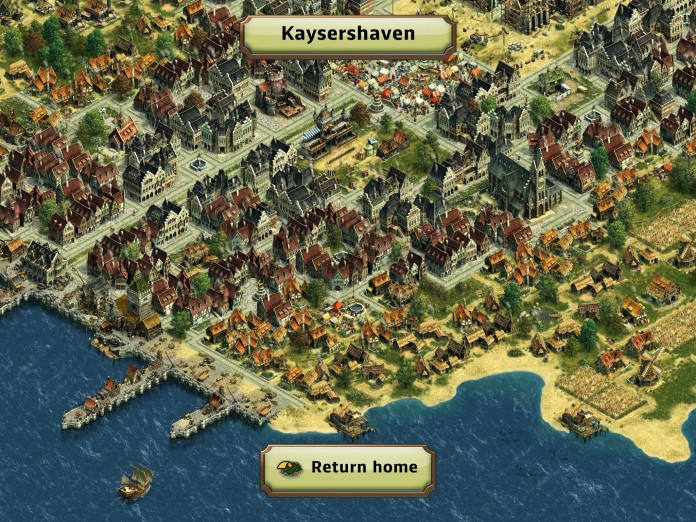 A few months ago, Ubisoft revealed that the company would bring its ANNO series to iPad soon, with an all new title that would take advantage of the device’s unique features.

ANNO: Build an Empire, the new exclusive iPad entry of the series, has now been launched, sort of, as it0s available for download on the Canaduan App Store.

The game’s general premise is not too different from the other entries of the series, as gamers will be to start everything by colonizing an island, collect resources and convince people to live in your island. Gamers will have to oversee pretty much everything about the city, from resource managment to development. Once the city has reached a certain level of development and inhabitants are happy enough, you will be able to expand even further by starting commercial relationships with other cities and even control other islands. The gameplay experience seems to be deep enough so ANNO fans should find themselves right at home in ANNO: Build an Empire.

ANNO: Build an Empire is going to be released soon in all regions as a free to play game. It’s been confirmed that the game requires an active internet connection to be played, so it won’t be playable in places where one isn’t available. Also the game is going to include IAPs, so let’s hope they won’t be getting in the way too much. We will let you know a release date for the game as soon as it’s announced so stay tuned for all the updates.