Home News Turn Your iPhone 5c Cover Into A Game of Connect Four With... 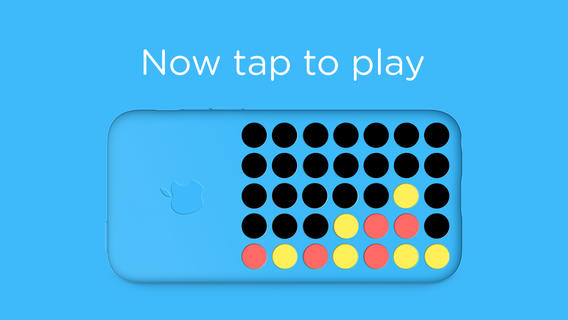 If, after purchasing your new iPhone 5c, you glanced at the back cover and thought “Hmmm…That looks kind of like a Connect Four board…” Then you weren’t alone as a pair of game designers have released a free app which does just that: turn your iPhone 5c’s back cover into a mobile version of the popular board game.

Developed by Stuart Hall and Dave McKinney, the aptly titled Flipcase utilizes the dotted array on the back of the iPhone 5c’s case to turn the phone’s screen into a fun little two-player game of Connect Four. As can be seen in the below trailer, setup is as easy as taking the back case cover of your iPhone 5c and placing it over the screen so that the case’s dotted cutouts become the slots where you can insert your colored pieces with a simple tap of your finger. Once a game is over, you can shake your phone to reset the board and play again.

Even though you need an iPhone 5c case in order to play with the dotted cutouts, Flipcase is compatible with all versions of the iPhone 5 which was announced last month alongside the release date of Apple’s iOS 7 update. Flipcase is available as a free download via the iTunes app store.