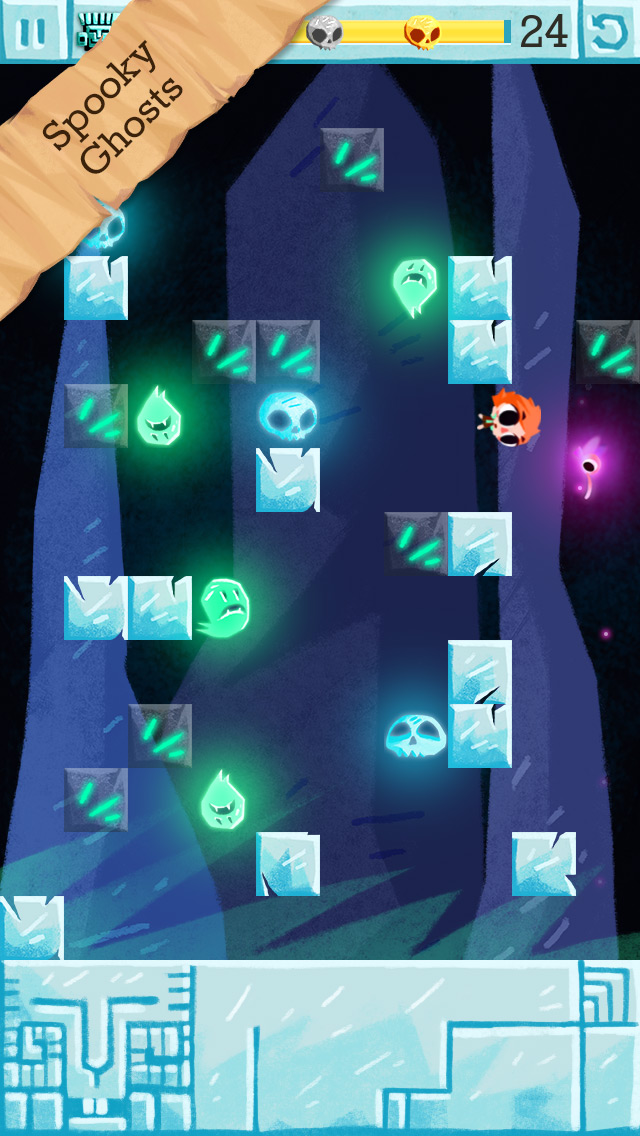 By reading the title of this post, you may think there has been a mistake as a term like “turn based” really doesn’t go well with platformer. Unfortunately for you, and luckily for me, you are mistaken, as a game launching later this week on the App Store is really a platform game that’s not really played in real time.

Zuki’s Quest has been developed by Tiny Touch Tales, the team behind an interesting puzzle game called Matchagon.

In Zuki’s Quest, gamers will control our cute main character as she tries to escape from some tombs after having being captured by natives of an esotic island. Instead of eating her, as all bone-fide savage natives should do, they decided to have more fun by imprisoning her and seeing if she’s capable of surviving the dangers of these ancient tombs.

The whole gameplay experience is all built around a gravity changing mechanic, which is also what dictactes the “turn-based” elements. To complete a stage, players will have to collect all the coins of each stage by using as little gravity changes as possible. This leads the game to be more similar to a puzzle game but the platforming element is still on the front.

Don’t expect things to be easy like in the first stages of the game though, as many more dangers like spikes and falling blocks will be present in later stages.

Zuki’s Quest will be available for download on the App Store later this week, on November 20th. While the Jungle Temple will be free, the Desert Tomb and Ice Crypt will be sold separately. You can check out a gameplay trailer right below if you’re interested in the adventures of our cute little Zuki.