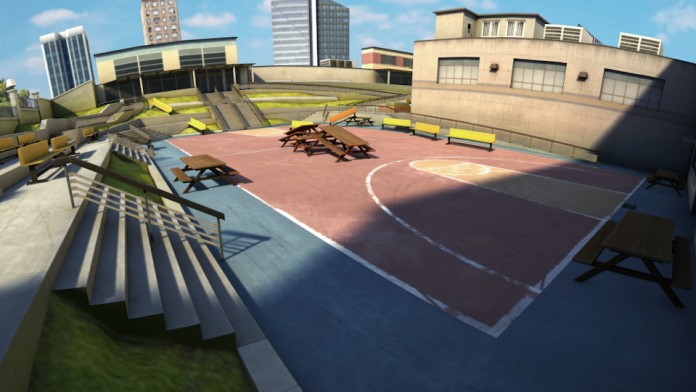 True Axis has been pretty active lately, announcing the sequel to one of their most successful games earlier this week as well as releasing some new screenshots for their skateboarding game True Skate.

The Schoolyard Park is only one of the four new skateparks that will be introduced in the game in the near future. Another concrete skatepark has been shown at the beginning of the month while two other indoors ones have yet to be revealed. True Axis has confirmed that all the parks will be released sometime during January. For this reason alone, we can expect more news to come in the very near future.

True Skate is one of the best games released on iOS devices, thanks to its engaging gameplay experience. A game that’s easy to pick up and play and keeps players engaged is a rare gem these days, so make sure to check this game out if you never had the chance before.

True Skate is now available for purchase on the App Store.