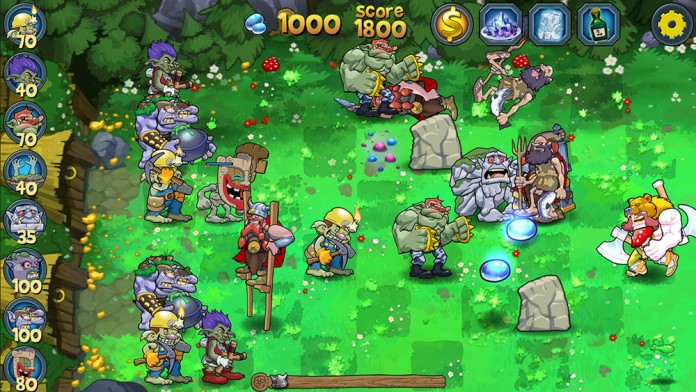 Being a fan of Plant VS Zombies is no easy thing, especially if you’re looking for the same compelling gameplay experience in other titles of the same genre. Most of the times these clones don’t manage to live up to the quality standard of Popcap’s most famous title.

Things may be changing soon, however. A new tower defense game heavily inspired by the series is going to be released on the App Store in less than a month.

Trolls VS Vikings shares quite a lof features with Plants VS Zombies, outside of its name. Both games are played on lanes, with cartoonish graphics and humourous contents.

Trolls VS Vikings, however, is going to feature quite a bit of depth, something that might make it stand out from the competition and avoid being labeled simply as a Plants VS Zombies clone. The game will feature multiple difficulty levels, boss battles against Norse gods and a long single player campaign. A multiplayer mode will not be available right after release but it should get added in sometime after release.

Trolls VS Vikings will launch on the App Store later next month. Make sure to keep an eye on the game if you like Plants VS Zombies or if you simply want another lengthy game to keep you occupied.