Home Guides Where Are All Rift Locations in Fortnite Chapter 3 Season 1? 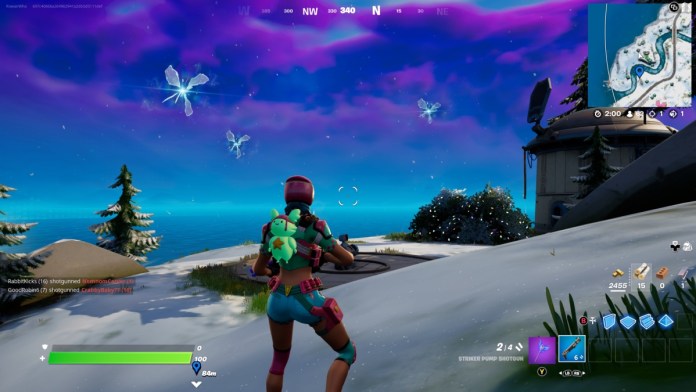 Fortnite’s latest chapter has begun and the new map, with a mix of old and new locations, is so much fun! As well as cars and trucks to get you around the island, there are also Quadcrashers and rifts. For a limited time there are also Spider-Man’s web slingers which are also a really useful and super fun way of getting about! These can all help you rotate around to the next location with ease, or help you escape the storm. The rifts can be found dotted around the island at Outposts, and can be purchased from a few of the NPCs for a decent price. Check out our guide below to see where every rift location is, including where you can purchase an activated rift from an NPC.

Each of the Outposts has 3 rifts to jump into. Six of the seven outposts can be found around the edges of the island, and one near the centre. The first location can be found to the east of The Daily Bugle.

The next can be found east of The Sanctuary on one of the tiny islands.

Next up is the rift found south of Condo Canyon and Chonker’s Speedway.

There is a rift north of Camp Cuddle.

Another rift can be found north of Logjam Lumberyard.

Another rift can be found south of Greasy Grove.

A rift can also be found to the west of Coney Crossroads near the centre of the map.

We have found four NPCs who can let you travel by rift- for a price. It usually costs around 245 gold bars.

First up is Shanta who is positioned south of Condo Canyon.

The Visitor can be found ready to activate a rift for you on the larger of the islands near The Sanctuary.

Tomatohead is in Greasy Grove, usually inside a building.

Agent Jones also can also activate a rift for you to use. He moves around the map. We found him at the outpost north of Logjam Lumberyard but he can also be found at the outposts on the southwestern edge of the map, northeastern edge, and east of Chonker’s Speedway.

We hope that has helped you locate the rifts when you play! Good luck!

Where Are All Rift Locations in Fortnite Chapter 3 Season 1?