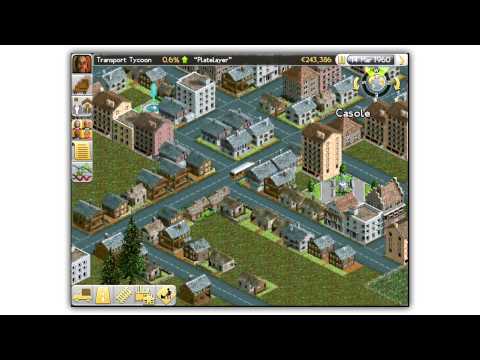 By “recreating and restoring” Sawyer’s original code, developer Origin8 has managed to successfully port over the over 50 different scenarios contained in Transport Tycoon’s original PC version and they’ve even added a new touch-based interface that is optimized for iOS devices. The iOS version’s trailer (which you can see below) shows off the new touch interface in action.

According to the iOS port’s publisher AppyNation, Transport Tycoon for the iOS also contains a “buttload of tweaks” and new additions such as Apple Game Center integration and iCloud saving.

The iOS version of Transport Tycoon will feature over 150 different vehicles spanning generational tech trees as far back as 1920 and as far forward as 2020. Much like the PC version, all of Transport Tycoon’s more than 50 scenarios will play out in real-time which means things will continue to happen even when the player isn’t playing. While the core elements such as graphics and gameplay remain largely the same, both AppyNation and Origin8 promise a revitalized version of Transport Tycoon that will work just as well on iOS as it does on PC.