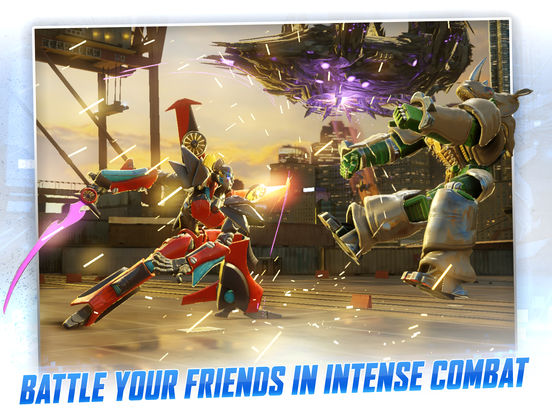 Autobots, transform and roll out! Transformers: Forged to Fight is an all-new fighting game taking place in the Transformers multiverse. After a strange space-time rift occurrence, Optimus Prime finds himself meeting with Autobots and Decepticons alike from different universes.

Forged to Fight is, at its core, an intense fighting game with tactical options and strategies. We’re here to help you lead the bots to victory with our Transformers: Forged to Fight cheats, tips and tricks strategy guide!

You know how you can chain your normal light attacks four times before your combo is over? You can actually combo with other moves too, and it’s a great technique to use to mix up the enemy bot. For example, you can do three taps for three light attacks, but on the fourth attack tap and hold to throw in a heavy. In case your combo drops and the opponent has time to block, they won’t be expecting a heavy attack!

You can also utilize this technique with special attacks too for massive damage, and this should be the only way you use special attacks. Special attacks, as you know, do awesome damage but beware when you use them as they can be blocked like regular attacks! To avoid this you’ll need to start a combo with light attacks, and then use your special attack in the middle of the combo.

There are six types of bots you can battle with. At level 30 your squad will have five slots to work with, meaning you can cover all but one of the types.

When putting together a squad for a level, be sure to tap the wheel button next to the “Edit Squad” button. This is the enemy class breakdown button and it shows you exactly how many enemies are in the level and of what type. This is invaluable knowledge so use it when deciding on which bot to bring!

3. Set bots when you’re away from the game!

When you set a bot to defend your base, they’ll generate gold for you overtime. Unfortunately this also removes them from your roster, preventing you from deploying them out on missions. You can just use your 1-star extra bots, but the higher rarity bots you use, the more gold they’ll generate. You can also just play the game and when you’re done set your best bots to defend. This is probably the best course of action since they will also do a better job of defending your base if you get raided.

You can button mash your way through the first couple of chapters of Act I, but once you get further you’ll need to add a little more finesse to your combat!

That’s all for Transformers: Forged to Fight for now! We’ll be back soon with another guide. Until then, if you have any other tips or tricks to share, let us know in the comments below! 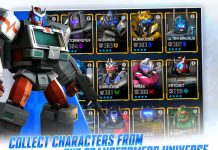 Transformers: Forged to Fight Guide: How to Get More Bot Crystals