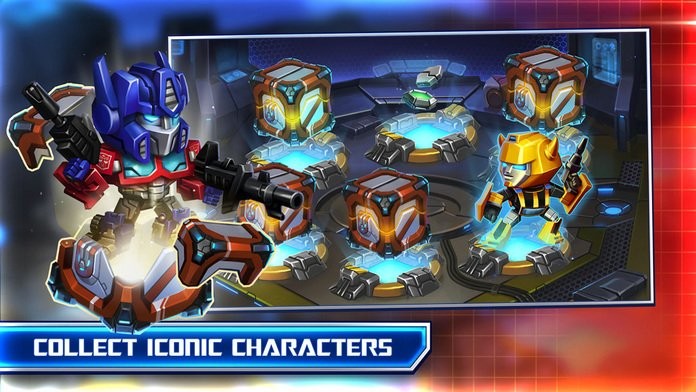 Transformers: Battle Tactics has just been launched on the App Store and so far the game proves to be a brilliant one, even though at first I was really confused and actually considered it really bad. The truth is, though, that the game is great and I am here to help you get the most out of it by sharing some Transformers: Battle Tactics cheats and tips for a perfect strategy – because you really need your tactics in top condition to get the most out of it.

But let’s not waste any time and instead let’s check out below our Transformers: Battle Tactics tips and cheats for a perfect game on your side!

1. Start by recruiting all robots once
Your priority when starting the game is to recruit as many Transformers as possible in order to see them in battle. The golden rule of thumb is that the higher the tier, the better the robot, but their type also matters a lot and you should take that into account. Either way, recruit all robots, see them in battle and then decide how your perfect team should look like.

2. Don’t upgrade until you know what you’re doing
At first, before I actually understood the game, I started upgraded my Transformers in what turned out to be a series of bad moves. Don’t go on an upgrade spree until you really know what you are doing otherwise you will only be wasting resources.

3. First strike is usually a great bonus
I always have a Transformer that can give me a first strike advantage (the blue lightning symbol) and I always make sure to take advantage of that when I roll the maximum: even though the damage caused by that specific robot will decrease, having all my team shoot first is a major bonus. I would recommend you do the same.

4. Use the rolls to your advantage
If you have a health robot, for example, rolling a low number, you don’t really have to spend Re-Spins on them! You can actually have them change form and give you a team bonus. Do the same with all your transformers and do your best to turn a low roll disadvantage into an advantage on your side!

5. Use the targeting option
Early on, I would say that the targeting option you can unlock is extremely important and a must play because this way you can take out one robot from your opponent’s team. Combine that with the first strike and you have a huge bonus already! Your robots will always attack in the same order: top left, top right, bottom left and bottom right, so count the damage each does and decide which enemy is easier to take out. Ideally, you will go for a robot that you can take out with as few shots as possible, but always optimize the numbers to take out the greatest number of hit points.

7. Pile up the action points
For the skills that require more than one action point, you can spend them in one round and they won’t be gone in the next. Always use these points for high value skills when you have some left – sometimes, these special skills can really make the difference between a win and a loss.

8. Strategize a lot
At first, I didn’t care too much about strategy in the game and it was a really bad move on my side. Check out the robots your opponent has, decide the order you should take them out and know what skills you will use in any type of situation. If you are not prepared, you can’t win matches!

9. Find your perfect team
Finding the perfect team is a matter of experience, mostly and trying out all Transformers in battle – so make sure that you try all combinations first before deciding which your first team should be. Once you have the perfect team, start upgrading those robots only and do so evenly. Then, you’re ready to go on a roll and win all your matches!

10. Robot type matters for the team
Each robot comes from a different “family” – for example, we have the Autobots marked by the Red icon on their portray. If you can get a team of the same type of Transformers, then you will get an extra bonus in all battles, so it’s worth having that in mind as well when trying to set up your perfect team!

These would be, for now, Touch Tap Play’s Transformers: Battle Tactics tips and cheats. If you have other suggestions, let us know in the comment section below. 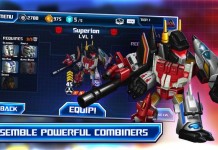 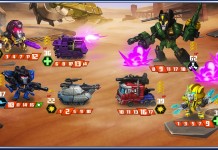