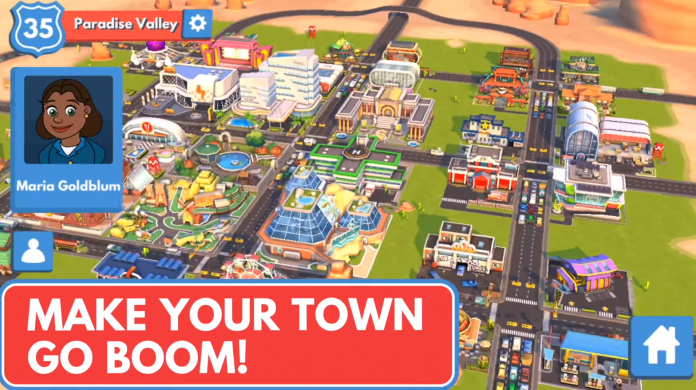 Get the traffic bonuses!

Traffic Panic Boom Town features a number of bonuses that reward skilled play. Here’s a quick rundown of the bonuses and how to get them!

Perform well to get a lot of bonuses and you’ll get more coins at the end of your run!

Don’t worry about the chests!

Traffic Panic Boom Town uses the “wait until it opens” system of loot chests. Boom Town is also pretty generous with its chests, and soon you’ll find your four slots full. These chests can take up to eight hours to open, so it’s best to just not worry about them. Set one to open, then just keep playing the intersection games. Don’t worry if you have no more room for any chests – you’ll still be getting coins, which is the most important currency of the game.

Put down at least one building on a new intersection!

You’ll unlock additional intersections for your Boom Town as you level up and progress through the game. You should put down a building as soon as you can to start traffic going through the intersection – you won’t be able to play the traffic minigame if you don’t have at least one building down.

Eventually it’ll get to the point where the oncoming traffic will be so tightly knit that you’ll have only a second to send your cars through. This is where the “stop’n’go” technique comes in handy. Oncoming traffic will start to form two cars close to each other. As soon as the first car passes, tap to turn the light green and immediately tap again to turn it back red, preventing the second row of cars from proceeding. Doing this repeatedly will let you weave cars through small windows, and you’ll probably earn Non-Stop bonuses as well.

Above all, be sure not to rush things. You DO have to keep things flowing at a nice pace but do not feel pressured to go as fast as you can – this will only lead to an early crash. The only time you actually need to rush is when you let traffic build up to the point where it’s going off of the screen. At this point you’ll see a red exclamation mark with a gauge that fills up so as long as traffic isn’t moving. If it fills all the way your game is over! If you play at a normal pace this shouldn’t happen though, so it’s okay to relax.

That’s all for Traffic Panic Boom Town! If you’ve got more traffic directing tips or tricks to share, let us know in the comments below!