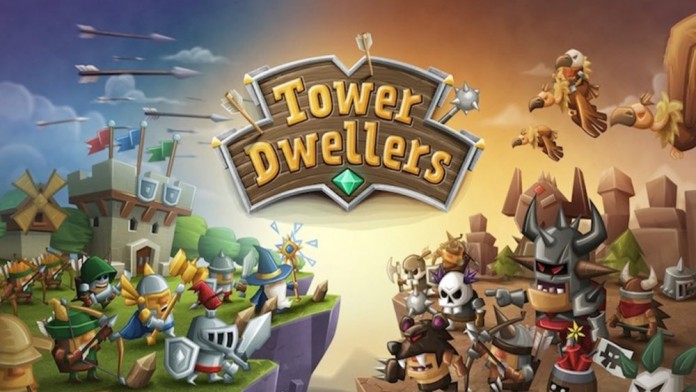 Originally launched in 2013 as a premium game, Tower Dwellers is now available for download on the App Store and you are probably taking advantage of its amazing gameplay as we speak, destroying the hordes of fun invaders and wondering what could you do to get even better at it. We’re here to help you as much as we can with some Tower Dwellers cheats and tips for completing all stages and getting all the star rewards that you need.

Well, there will actually be just Tower Dwellers tips and tricks to start with as we haven’t found any working cheat codes so far, but if things change, we’ll make sure to update this article. Until then, let’s start reading!

1. Focus on defeating as many stages as possible on the normal level in order to unlock even more stages and stars for various upgrades. It’s always a good idea to come back to a stage and try it on higher difficulty levels only after you have a bunch of new upgrades to make things easier.

2. Always start in the easiest area to defend. Even if you don’t have enough money to build a lot of towers and/or upgrades, you should plan for the future. So find an area that covers all possible entry points of the enemy troops and also allows you to bring together your troops from two towers (ideally 3 or 4).

It’s usually a good idea to start with one or two (if money allows it) standard swordsman towers and have a few open spots at the back. You can later on build archers and/or mages there and the mechanic is simple: the swordsmen and your Hero slow them down and the ranged units easily take them out from afar. This strategy works perfectly in all stages.

It is usually a good idea to specialize your troops and not mix them, but I managed to pass a few really difficult stages trying an all-mixed troop approach (as in Tinhead Bowmen, Wise Sword Fellas and so on). In the end, great placement and starting with a good tower setup early on is what matters the most.

4. Plan your upgrades wisely as you will not be able to purchase all of them too soon. Focus on getting those that increase the stats of your troops and make towers cheaper early on. Try to split your upgrade purchasing between your three troop types, always starting with the melee units as they are the first who are build and will represent not only the first line of defense, but also the most used units in the game. Even better, there is always the “Reset Upgrades” button that you can use to start over if you don’t really like your approach, so there is some room for making small mistakes early on as you can correct them.

5. Use spells continuously. In the later stages, they are vital for keeping your winning streak running, and you will see that the more you use them, the better results you will get. Remember that they all have a cooling time, so be smart when it comes to using them, especially the yellow one which can help you take out enemies. I usually use it to destroy archers or flying units early on when I don’t have archers of my own (nor alchemists).

6. Replay levels
My personal advice would be – as I already said – to complete all stages in a chapter on the basic difficulty setting, then come back with more upgrades purchased to ace them in case you didn’t and then move on to the more difficult ones. The extra stars that you get can then be invested in purchasing even more upgrades, and you should follow the same route before trying out the impossible mode.

These would be right now our Tower Dweller tips and tricks. If you have other strategies that might help fellow players, let us know by commenting below!