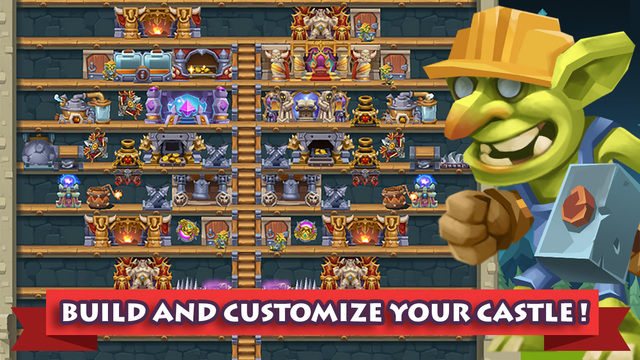 Tower defense games aren’t the most original games around but every now and then some interesting titles coming with a lot of interesting features get released on the App Store. One of these titles sporting a variety of engaging features is now available for iOS devices all over the world.

The new game is called Monster Castle and it tasks players with building a castle as well as raising an army of monsters like orcs, goblins and others who have been trying to escape from humans. To properly build their strongholds, players will have to gather enough resources as well as think carefully on where to place important facilities so that they don’t get destroyed too easily by the invading human army. Adding more depth to the experience is the ability to improve the units, evolve them and learn new useful skills.

Alongside the standard single player mode, Monster Castle also features a multiplayer mode where players can attack and destroy other players’ castle and obtain extra resources and special rewards.

Monster Castle is now available for download for free on the App Store.