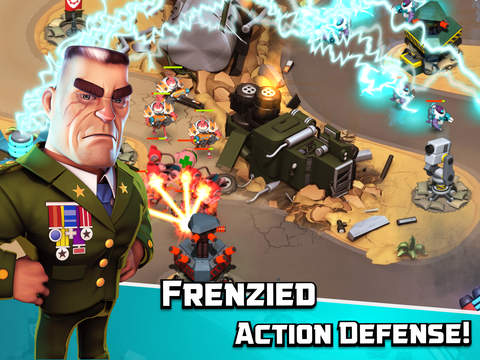 Alien Creeps TD, the tower defense game developed by Outplay Entertainment, has recently received a new update which will make it easier for some players to enjoy the game thanks to the addition of new language options.

The Alien Creeps TD 1.12 literally welcomes Japanese and Russian speaking players with the addition of the two language options. The new update apparently also includes a few bug fixes as well as performance improvements in preparation for future battles. Unfortunately, we don’t know when these future battles will begin so these improvements might not mean much right now.

What’s New in Version 1.12
We welcome our Japanese and Russian speaking allies to the action. Arm your defenses and get ready to save the Earth! In addition we’ve made a few bug fixes and performance improvements in preparation for future battles!

Alien Creeps TD is a free to play tower defense game that doesn’t play all that differently from many other games of the genre. What makes the game stand out from the competition is the fact that players have to fight off an alien invasion, and these visitors from outer space are quite over the top.