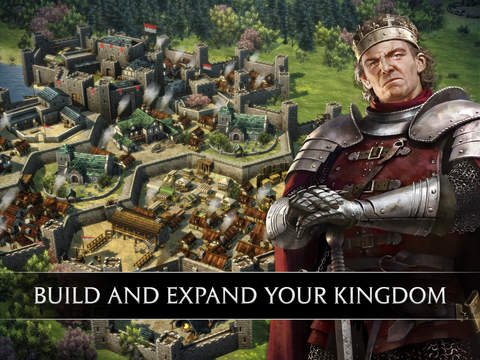 The Total War series is one of the most appreciated and popular tactical strategy game series that ever existed and many people raised their brows when they heard that a free, bite-sized version is coming to the App Store. However, that’s the trend nowadays and we can only hope that the upcoming Total War Battles: Kingdom proves that a great game can still deliver even in freemium form.

The game will only be available for iPads due to its complexity and is already enjoying the soft launch treatment, being available for download in Canada and Sweden with no global launch date set yet.

In Total War Battles: KINGDOM, shape your lands to transform the wilderness into a powerful and productive Kingdom. Manage your Kingdom’s economy, build castles and towns, grow your population and expand your territory. Raise powerful armies and go head to head with other players or AI enemies in large scale real-time battles. For those eager to get theirs hands on Total War Battles: KINGDOM prior to wider release, the game is also currently in Open Beta on PC and is available now to download for free from Steam. With one persistent world, players will be able to continue their campaign across multiple devices, at home, work or out and about.

I haven’t tried the Steam version, but I saw that it has some mixed reviews already – which is understandable, because the hardcore strategy gamers can certainly find a lot of Cons in a freemium model. But for the mobile audience and more casual players – or those who find it difficult to invest multiple hours in gaming sessions, Total War Battles: Kingdom might just be the game that we need.

Have you played Total War Battles: Kingdom? Share your impressions with us by commenting below!

Learn More About League of Legends: Wild Rift Champions In These...