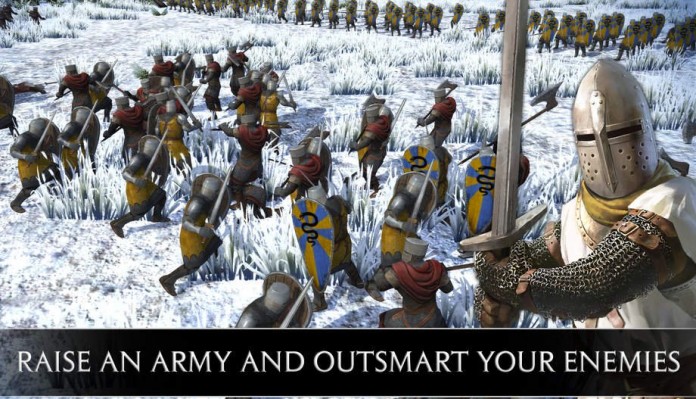 And even though it won’t be easy, it will sure be fun, so let’s not waste a single second and let’s check out the Total War Battles Kingdom tips and cheats below!

1. Neighbor buildings matter
You should build your kingdom based on the bonuses that neighbor buildings offer to each other. At start, you can’t know about these bonuses, but as soon as you build a new structure, you should check it out and see what nearby buildings it requires to get a maximum bonus and try to build those around it. Use your starting castle as a learning point, then build the others with the bonuses in mind.

2. Specialize your castles
Even though you will eventually need a bit of everything, try to specialize your castles and focus on resource production since that is most important. Have your silver producing castle in one place (with mansions, blacksmiths and churches for the bonus), have your troop producing castle and so on. Mix just a couple or a few of the building types to get the bonuses and spec all the way in!

3. Not all buildings are kingdom buildings
Mines, Farms, Woodcutters and so on do not count toward your Castle’s maximum buildings, so you can build as many as you have room for in order to maximize resources. Make sure you do so!

4. Make a plan for roads
You will need to build roads and connect them with new castles or Watch Towers in order to expand your kingdom and roads will be, eventually, pretty expensive so you should make sure that you optimize the distances you cover as much as possible. Plan your roads and plan how each new castle looks like, having in mind the golden rule of thumb: each new area you unlock will be the home for a new castle.

5. Mansions and Citizens
Try to have a complete setup of craftsmen, not peasants, in your Kingdom because they offer better bonuses. Build Mansions and try to train all your peasants into craftsmen because otherwise your progress will be a lot slower.

6. How to win all your attacks
Attacking in Total War Battles Kingdomis, in the end, the most fun part of the game and the thing that you’ll be mostly doing, but it is also the most challenging part and the one that requires strategy and constant changes. We’ll talk about the attacking part in the game right now, with some tips that will hopefully help you get better at this:

– try to attack based on the active quests you have, in order to win even more from each attack that you make.

– learn the types of enemies you’re facing and change the troops that you send to battle based on them. For example, if you are facing a row of spearmen, there is not point in sending your cavalry to battle. Rotate your troops and use the army that is best suited against the type of enemy you are facing

– Don’t be afraid of Challenging battles – they are still fairly easy to win if you have the correct troops, you charge perfectly and you use the skills in battle. Brutal battles are difficult indeed, but they can still be won, although I’d suggest getting a boost at the beginning of the battle too.

– If you are losing a battle, don’t retreat. It will indeed take less for your troops to recover, but you won’t win any XP, so the entire battle will make no sense. Either retreat before you get any casualties or don’t retreat at all!

– Swap your troops at the right time: if you try to swap troops in order to get the bonus against them too soon, the enemy will swap theirs as well and will still have the advantage. Learn to time the swap perfectly (before the troops start charging) so that the enemy doesn’t have time to swap theirs – once the troops start charging, you can’t swap troops until they stop.

– Upgrade your units – even the ones that don’t seem very useful can still get a lot more useful if you upgrade them. Simply tap the Army Setup button and tap on each of them. You can get a skill and then upgrade it as the unit gets more XP points. Try to mix and match the skills and remember that the one you choose will stay with that troop forever. Personally, I would go for those that give you extra attack boosts for archers and long ranged troops, and those that give you troops back for melee troops.

– Craft better equipment: when you reach level 21, you can start crafting better equipment for your troops. Start doing so with your first row of units, then work on upgrading everything.

– Learn to charge perfectly: tapping the charge button at the right time will give you an extra bonus in battle, so learn to time your charges flawlessly in order to increase your chances of you winning the battles

– Keep an eye on the battlefield. Archers are extremely useful as they offer support fire to your troops. I would personally focus the archer shots on other archers at first, then on the troops that are not directly involved in combat, if your melee troops don’t need any help. Usually, there is friendly fire that can cause damage to your own troops, so you want to keep that at a minimum for as long as possible. Don’t hesitate to switch troops between them during the battle, use the special Church bonuses to replenish your troops and gain the advantage and taunt the enemy to attack the troops you want. The whole battle system might seem a bit overwhelming at first, but once you get used to it, it will be relatively simple.

These would be, for now, our Total War Battles Kingdom tips and tricks. If you have anything to add, let us know in the comment section below! 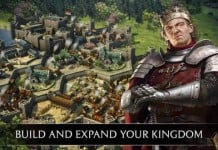