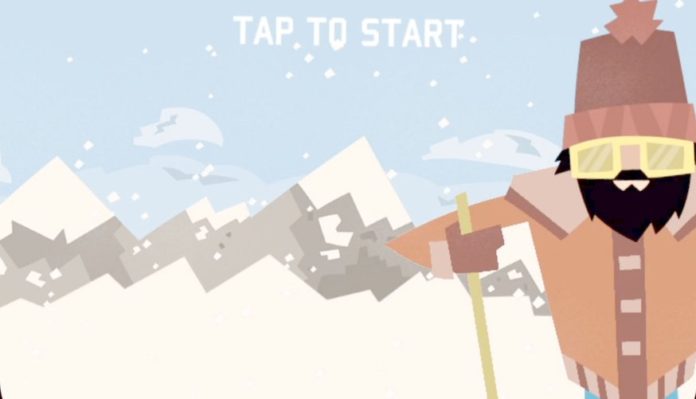 If you’re finding it difficult to master the slopes, our Toppluva cheats and tips will surely help. Your skill matters the most and we can’t really improve that – but everything else is covered in today’s article!

Toppluva is an amazing skiing arcade game. Extremely difficult too – it’s the only game that I remember playing in recent times where the tutorial was an actual challenge. I had to replay some of the missions multiple times: and that was just the tutorial!

Well, you can’t perform unless you challenge yourself and that’s exactly what this games does! So let’s not waste any second and instead let’s check out below Touch Tap Play’s Toppluva tips and tricks to master the slopes and complete all missions!

Use two fingers to control your character
Although this game can only be played with your index only since each tap of the screen changes the direction, I really recommend playing with your thumbs. Hold your device with both hands, place one thumb to the lower right and one to the lower left. Then use them for tapping when you’re switching in that direction: it makes it easier for your brain to help you make the right moves.

In other words, tap the right hand when you launch to the left, then the left thumb when you’re making the first turn, then the right and so on. If you’re only playing using one finger, this tip will increase your performance tremendously!

Master the tight turns
As if the game wasn’t challenging enough, you’ll also have to master tight turns as well. In order to get a narrower angle when turning, you have to tap and hold the screen. Master this “tap and hold” technique and you’ll go extremely far in the game.

The good thing about tight turns is that your character slows down as you tap and hold, so it also gives you some time for resting and planning your next move.

Follow your tracks
As you progress through the levels, it will be nearly impossible to complete each mission in one go. But the nice thing about the game is that it shows your tracks on the snow based on your previous runs. This makes it a bit easier to master a level: simply try to follow the tracks where you have made the right moves and do the required moves when not.

My recommendation is to play a missions several times – until you learn what you have to do, then quit and start over because the tracks will be a mess by then. After restarting, try to always follow the tracks, making the necessary adjustments

Unlock more characters
New characters don’t change the way the game is played, but you’ll probably want them all anyway. In order to unlock them, you will have to complete certain challenges – and they’re really difficult!

But if you scroll through the characters all the way to the end, you will see that one of them is extremely easy to unlock: you can get Yeti by watching an ad. Unfortunately, he won’t remain yours and you’ll have to watch an ad each time you want to use him again.

Apart from that… all you have to do is to keep practicing. Toppluva is an extremely difficult game that takes some time to master – and the more you play it, the better you’ll be. So just do that and your skill will increase naturally, and you’ll be able to complete the missions!

These would be our tips and tricks for fellow Toppluva players. Do you have other recommendations in order to grab the gold medals and complete all missions? Let us know by commenting below.