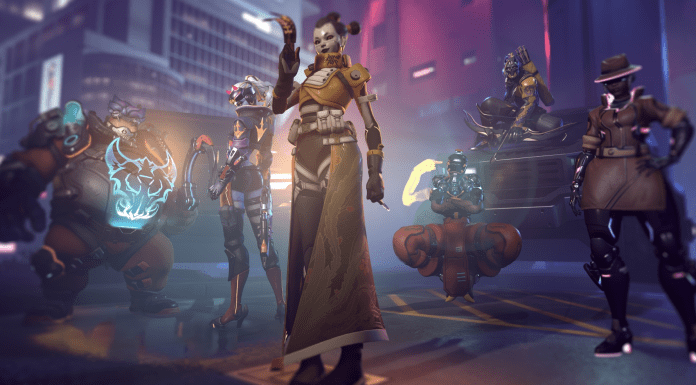 Overwatch 2 is an exciting shooter game that allows you to participate in interesting multiplayer matches. There you will need to pick one of a few characters and each of these heroes has a unique weapon. Some of these arms are good at damage dealing while others are comfortable to use. However, some guns seem to be problematic and in this guide, we will tell you about the top 5 worst weapons in Overwatch 2.

Overwatch 2 is a hero shooter with quite an impressive list of characters that you can play. These heroes belong to different roles and each of them requires you to follow a certain strategy. However, all of these characters are able to attack their enemies and for this purpose, they use various weapons. Today we are going to talk about the worst guns in Overwatch 2.

The first weapon on this list is not a gun but a huge hammer. Reinhardt is one of the toughest characters in this game and he is able to deal a decent amount of damage with his primary weapon. However, the biggest problem with this thing is that you have to use a hammer to fight gunners. So, you will always have to rely on your abilities and teammates to approach your enemies and finally hit them.

D.Va is another great tank that fights with help of her mecha and here you can read our guide on this character. However, when this vehicle gets destroyed, D.Va has to fight on her own. In this case, you will need to shoot your enemies with the Light Gun which is quite a weak weapon. Its DPS is low and it is not the most comfortable weapon to use.

Mercy is a great healer and as her primary weapon, she uses a pistol called Caduceus Blaster. It works like a weapon of the last chance and deals a small amount of damage. So, you should use it only if your teammates are dead and you have no other choice.

Moira is a cool character and her skills are really useful. However, her primary weapon is quite weak as it has low DPS. The only good thing we can say about this skill is that it is comfortable to use. Also, it replenishes your biotic energy.

Rocket Flail is probably the worst weapon when it comes to dealing damage to a single target. It is problematic to take down anyone with this thing. However, it still has splash damage which may help you to make your opponents vulnerable.

Overwatch 2 is an amazing game and we will be glad if this guide helps you to learn something new about it. Good luck with your further matches!