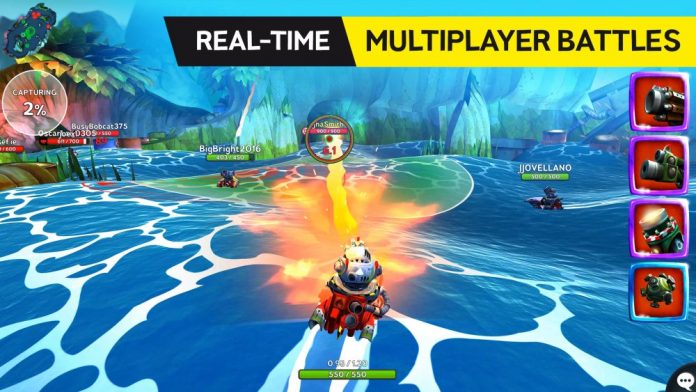 A new and brilliant battle area game starring boats has been launched by Rovio under the name of Battle Bay. Cheats and tips are clearly required in order to get the most out of this amazing game that seems to prove that Rovio is finally ready to get past the highly successful Angry Birds franchise and deliver something completely different, yet equally amazing. Yes, I love Battle Bay so far and I am sure I’m not the only one in this situation.

But ruling the seas, unlocking the best boats and getting the most out of this game is not extremely easy and that’s why I am here to help. Below you have some Battle Bay cheats and tips that will help you better understand the game’s mechanics, but also improve your game ASAP. So let’s not waste a single second and let’s check out below some Battle Bay tips and tricks!

Take waves into consideration
You might be great at aiming, but the waves can really mess up with your strategy. So make sure to pay attention to these and only shoot when you are sure that your projectile of choice won’t actually hit a wave and result in a wasted shot. It’s usually best to stay on top of the waves or at least wait until they pass before shooting.

Learn to aim while moving
Everybody loves a sitting duck and you don’t want to be one because you’ll get your ship destroyed in no time. One of the first things you have to learn is to aim and shoot while moving. Master this skill and your life in the game will be a lot easier and you will start getting those 3 star rewards at the end constantly.

Watch the ad bonus at the end
At the end of a battle, you have the option to watch an advertisement to increase your rewards by 20% and also get a Pearl (Premium currency). Take advantage of this offer – but do so when you have won the battle and you already have a nice reward. 20% out of 5,000 is a lot more than 20% out of 500! These ads won’t be available indefinitely so use them when they matter!

Upgrade your Inventory
One of the first things to spend your hard earned Pearls on is increasing your inventory limits. Pretty soon, you will have all sorts of items there and since you won’t know exactly what each does, it’s best to hoard them. So make sure you have enough inventory space in order to do so – and get that storage to at least 30 fast!

As an additional tip for managing the inventory – one that might not matter in most cases, I’d have to say to pay attention to have all the slots available for your ships filled. I spend a bit of time with no items equipped to my starting ship (because I had removed them)… so basically there were three inventory slots that I could’ve gained for free.

Also, a golden rule of thumb is that if you already have an item that’s of a higher rarity than another identical, you can always scrap the lower rarity one as it makes no sense keeping it. In other words, if you have a common and an uncommon cannon, go ahead and scrap the common one and use the pieces to upgrade the uncommon, for example.

Upgrade your inventory
There are a lot of things in Battle Bay and all of them can be upgraded. Start with the obvious ones: inventory materials. Be extremely selective when doing that, though, because the materials required for upgrades are not too easy to get, so if you waste them on upgrading items you don’t use, you won’t get far.

My suggestion is to try a few or several games with different types of weapons and see which one fits your style the best, then focus on upgrading that primary weapon. For example, one extremely popular choice now is the Mortar, but I personally enjoy playing with the Cannon more. See what works for you and upgrade that weapon. Have in mind, though, an extremely important thing: the less common the weapon, the better it is. So don’t waste your time upgrading your common weapon, because you’ll get at least an uncommon version of it really soon.

Train your captains
There are 10 captains that you can unlock in Battle Bay and each offers great bonuses. It also seems that the bonuses are cumulative since you can’t activate one captain. In other words, all the active perks from all the captains are used in the game, meaning that you have to be extremely careful to continuously unlock new ones.

We’ll have an in-depth guide on what to focus on and what to unlock first, as there are different options for each captain, but the golden rule of thumb is to read all the descriptions of all the perks you can unlock and work on those that will help your game the most.

How to win battles
Winning each game in Battle Bay depends on multiple factors, but you can play an important role and help your team more or even win the game for them. In order to do so, here are a few extra things to consider:

– stay with the team: if you play the solitary warrior game, you have the biggest chances to get destroyed instantly. So stick close to your teammates (but not too close) and help them take out enemies fast
– focus on taking out enemies one at a time: this is extremely important because one less enemy means less damage you and your enemies will take. Try taking out the low health enemies first – but in the end, all it matters is to take them out one at a time
– don’t forget to switch weapons: you can bring into battle up to three different weapons or combinations of weapons and items, so don’t forget to switch between them and use them all. After using one item, you’ll have to wait a bit before being allowed to use another, but the waiting time is less than what the weapon itself requires for recharging.
– look at your opponent’s weapon: in many cases, simply by looking at the direction the cannon on your opponent’s ship is facing will help you anticipate if they’re aiming at you and trying to attack or they’re looking elsewhere and might be an easy target for you to continuously shoot at.

Consider getting VIP
Getting the monthly VIP package helps a ton, especially early on in the game. It’s a good idea, therefore, to try and invest in a package as fast as possible in order to cruise through the game at better speeds.

So these would be for now our Battle Bay tips and tricks. Make sure to check back often because we’ll have even more content related to the game and more in-depth guides for you. But until then, if you have additional tips to share with fellow players – or maybe questions to ask – let us know by dropping a comment below. 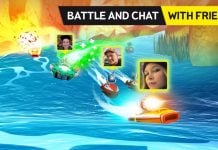 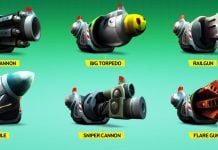 Battle Bay Weapons Guide and the Best Weapon in the Game 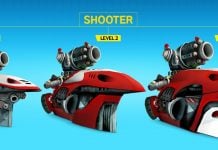