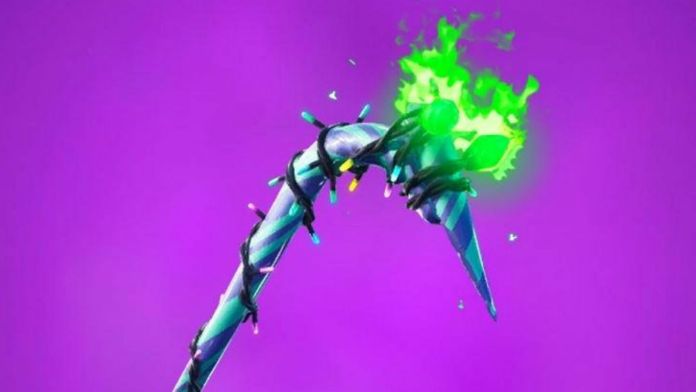 Fortnite is a very interesting and famous game developed by Epic Games. The product itself had to face a lot of changes in its entire concept to climb up on the top of Battler Royal games. However, at the beginning of its way the game was a zombie-survival shooter with building elements. This part of its game design is one of the most outstanding features in the Battle Royal game mode. In order to break these structures, you will need to use a pickaxe and this item is able to change its skin. Players in the game’s community like skins and today we are going to talk about the top 5 rarest Pickaxes in Fortnite.

Death Valley in Fortnite is a very interesting pickaxe that was released in the first Season. However, it was unavailable in the shop for more than 1,000 days. So, the item appears to be quite rare.

This is another interesting pickaxe skin that is unavailable in the shop. So, it is quite rare and it is hard to encounter a person with this skin.

RELATED: How to Get the Sentinel Glider in Fortnite Winterfest 2021: Follow the White Rabbit Set Guide

This is a special item for those who reached level 100 of a battle pass that was available during the Ragnarok Challenges. So, it is quite a problematic thing to get and the pickaxe is really rare.

Raiders Revenge is another rare and limited pickaxe in Fortnite. It was available at the beginning of the game but right now it is a very rare weapon.

This pickaxe is the rarest and most valuable due to the fact that it is a reward for those who won the Fortnite Championship.