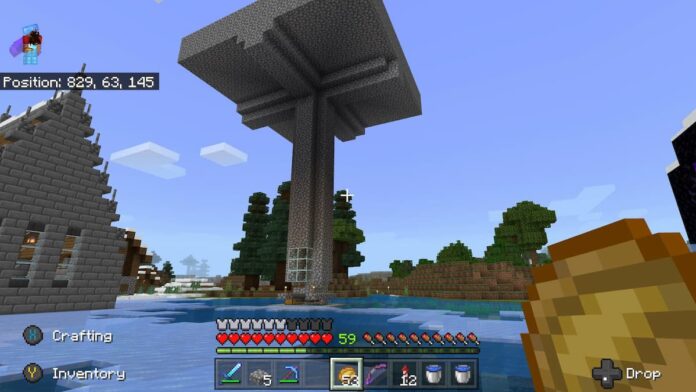 There are hundreds of unique items and blocks available in Minecraft. Right from the start, players start collecting resources by mining blocks, killing mobs, looting chests, and so on. Mob farming is among the best method to obtain mob loot in Minecraft.

Players can farm every mob in Minecraft, and most of them drop valuable loot after dying. By building mob farms, players can collect mob loot efficiently and easily. In this article, players will learn about some fantastic mob farm designs for Minecraft Bedrock Edition.

Related | How to Create a Creeper Farm in Minecraft Bedrock Edition

Players can build farms for almost every mob in Minecraft. Most mob farms are automatic and can produce tons of resources quickly. If you are looking for some efficient mob farm designs, give the following a try:

While exploring underground caves, players might encounter a box-shaped structure called dungeons. At the center of dungeons, players will find a spider, zombie, or skeleton mob spawner.

Mob spawners are an unobtainable block that spawns designated mob when a player is nearby. Spawner-based mob farms are easy to build and provide a decent amount of XP and loot.

Many players may fail to find spawners in their worlds. Instead of spawner-based mob farms, players can build mob towers. It is one of the oldest farm designs, yet works like a charm, especially for early game players.

Classic mob towers are fairly simple to build and produce many types of mob loot. On this farm, players will find many kinds of mobs like zombies, creepers, spiders, witches, and more.

Iron farms are the best ways to get iron ingots in Minecraft. These farms abuse villagers’ ability to spawn iron golems when in danger. Players can use zombies or pacified villagers to scare villagers. The spawned iron golem goes into a trap and drops iron ingots after dying.

Gold farms do not work the same way in Bedrock Edition as in Java Edition, since players are not allowed to build above the bedrock ceiling. It caused Bedrock players to use large nether portals for farming zombie piglins.

Enderman drops five experience points when killed by the player. They are the only mob that spawn everywhere in the End dimension. Players can use their high spawn rate to create efficient enderman XP farms. This farm produces a tremendous amount of XP and ender pearls in no time.

Almost all mobs can be farmed automatically in Minecraft. Building farms requires a lot of resources and time. Due to this, players should prefer building productive and useful mob farms.

Related | How to Make a Mob Farm in Minecraft Bedrock Edition