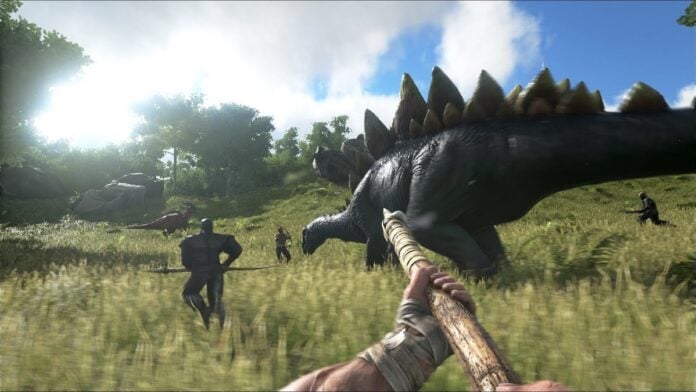 As of today, more than four years after its initial launch, Ark players have enjoyed most of what there is to enjoy about the game. If you are one of the players that enjoyed Ark and are looking forward to playing more games like Ark: Survival Evolved, then look no further!

Here are our picks for the top 5 games similar to Ark: Survival Evolved!

Subnautica and its subsequent expansion, Below Zero, is an open-world survival game where the player crash lands on an alien planet and has to survive by gathering resources and fighting hostile creatures. The expansion, Below Zero, adds in extra features like exploring an Arctic-based tundra region, which brings in a bigger survival challenge than the original Subnautica offers with low temperatures and maintaining body heat. You wouldn’t want to miss this one!

Don’t Starve is a massive wilderness survival game with both science and magical elements. The worlds are procedurally generated with an emphasis on the interaction between the flora and fauna in the region. To survive, the player needs to maintain their hunger, sanity and health levels, ensuring they don’t drop too low or they could die.

Don’t Starve Together is a standalone game that takes everything from Don’t Starve and adds multiplayer elements to it, allowing you to invite your friends or play with strangers, building bases and ensuring everyone’s survival!

Dead By Daylight is a multiplayer survival game…with a twist! Instead of the typical formula of players working together to survive, this game puts one of you in the shoes of a savage killer while the other four work together to stop them as survivors. The gameplay works slightly differently for both sides as well, with the killer playing in first-person while the survivors play in third-person. The game plays out in rounds where each round ends when either the killer kills the survivors or the survivors escape the killing grounds.

Following the success of its games on the PC, Borderlands returns as 2K Games’ defined “Shooter-Looter” series to the Nintendo Switch. The collection includes Borderlands, Borderlands 2 and Borderlands – The Pre Sequel, all 3 games garnering massive renown for their fun and fast-paced gameplay and lovely art style visualized through all of their beautiful worlds with landscapes such as deserts, frozen tundra and ruined cityscapes. Players can customize their characters with access to deep skill trees and customization features. They can either play alone or with friends in a co-op first-person adventure, blasting their way through a myriad of various enemies! With fun and fast-paced gameplay, the trilogy of Borderlands games will make for a unique experience for both new and returning players alike!

The Long Dark is an open-world survival game that takes a more relaxed approach to its storytelling. A geomagnetic disaster, the likes of which the world has never seen, plunges the world into a post-apocalyptic wasteland where the player must trudge through the cold, surviving all the threats that Mother Nature throws at them. Players can choose to play the game in their episodic storytelling mode, which has seen the release of 4 chapters as of today, with the fifth yet to be released, or they have the option to play in a sandbox survival mode, wherein if the player dies, their save file is deleted and that instance of their life comes to an end, making it a harsher, grittier and more realistic survival experience.

Have you played any of these games? What did you think of our list? Let us know in the comments below!