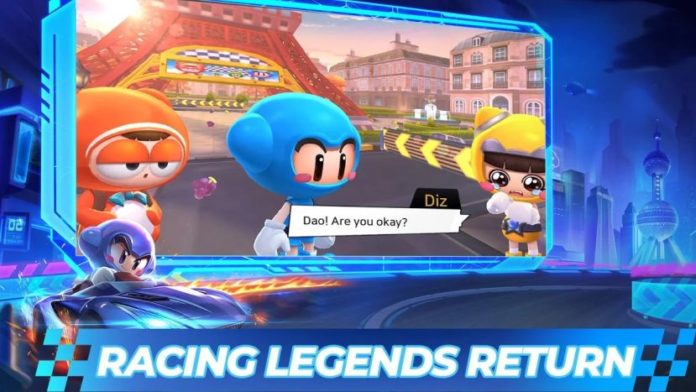 If you want to become a better driver, our Kartrider Rush + guide is exactly what you need! We have below the top 10 Kartrider Rush + tips and cheats to help you improve your game and rank first in all races!

Kartrider Rush + is here to give Mario Kart Tour a real ride for its money, and the game is absolutely amazing, with tons of characters, fun tracks to complete, lots of things to do… and all rounded up nicely with a solid gameplay. It’s definitely one of those games you can’t help but love!

So let’s make sure that we’re also getting the most out of it – here are our top 10 Kartrider Rush + tips and tricks to get you started.

1. Use the best character for the race

There are multiple characters that you can play as in the game and the differences between one another are not purely aesthetic. They are different, with each new character giving you various boosts.

Some racers – the rare ones – are permanent and once unlocked, they can be used at any given time, but the less common ones are only unlocked for a shorter period of time.

The boosts they offer are usually not affecting the race itself (like speed boosts or such), but you can gain more experience, lucci (the in-game currency) and more, with the rarer characters offering more, generally.

So keep an eye on your characters and always use the racer that best fits your needs: usually those that give you a money bonus or any sort of in-race boost are the better choices.

2. Pets are your friends

One of the game’s features that you will most likely not be aware of are Pets: you actually have at least one unlocked early on and you can equip a pet to give you an additional advantage in the game.

For example, the B&W Bell Cat that all players receive gives you a 25% chance to get Water Bomb immunity during a race.

There is also Bitty Husky who gives you a 25% chance to get a rocket immunity and I am sure that in the future more pets will be introduced, offering all sorts of bonuses. So make sure that you always use the best one possible!

3. Combine all items for best effects

It’s not just racers and pets that give you various boosts in Kartrider Rush +. Your Kart can also be very special – with the rarer ones giving you most boosts.

For example, the Skelemech has a ton of boosts, like the option to escape Water Bombs and Water Flies using instant acceleration, chances to avoid some traps, better chances at getting a golden missile and increased Turbo Start duration.

Each kart is unique and has more or fewer bonuses like the ones above, plus their basic stats in the acceleration, curve, drift, nitro speed and acceleration duration categories.

Finally, we have badges to use in the mix: and you should mix them good, making sure that you use a Kart, a Racer, a Pet and a Badge that complement each other, resulting in the best combo you can have in each race.

It is true, most of the boosts that you get are more useful in the Arcade Mode, but any extra help counts.

4. Learn how to use the in-race boosters

Even if you are an amazing racer, you won’t get a ton of first place finishes unless you learn how to properly use and take advantage of all the in-race boosters that you can find.

Depending on the type of race you’re playing, you will have more or less of these: The Arcade mode usually features the plethora of weapons and defenses you can use to gain an advantage, but even in regular races there will be all sorts of indicators and boosters that will give you the edge.

The most important items that you have to practice a bit with are the weapon-items such as the rocket, which need to be activated and aimed in order to actually make a difference.

But learning the various speed boosters offered by some of the tracks or the traps there is also essential if you wan to make sure that you’re always in the lead.

5. Play tracks over and over again

This goes hand in hand with the tip above: if you know exactly what track you’re dealing with, where the tough turns are, where the drift areas are, as well as what traps or boosters might be on the way, you will have a massive advantage over the competition.

And you can only get this advantage by playing over and over again, paying attention to each track and memorizing it as good as you can.

But you can also master a few tracks only this way: always start a race as the host. When you do so, you have the option to select the track that you’re going to play on. Simply choose the same track each time you play in order to become an Ace on that particular track and keep on winning!

While there isn’t a big hurry to complete license tests as soon as possible, you will have to do this sooner rather than later.

The license tests are a set of challenges that you have to complete in order to unlock more advanced race types. With each new license, you will play against more skilled drivers (as they have completed the license tests as well), but also unlock new tracks to play on.

So don’t delay completing the License Tests for too long: they only make the game more interesting. Plus, even if you want to play in the lower-ranked races, you will still be allowed to.

7. Join a club for more rewards

Kartrider Rush + is definitely a game where it pays to be sociable and have as many friends as possible, and one of the easiest ways to achieve this is by joining a club.

There, you should add all the club members as your friends (maybe even make a few BFFs for even more rewards) and take part in all the club-related activities and quests in order to earn more coins and various other goodies that will ultimately help you play a better game.

Most of the game’s features will be locked when you first start playing and you will need to go up quite a few levels in order to unlock everything. So leveling up fast is definitely one of your main goals early on.

Here are some tips on what to do to quickly level up:

In other words, the more active you are early on, the faster you will level up. The most fun way of progressing in a game!

9. My trick for getting the upper hand in Arcade mode

Here is a little tip that might help you get the upper hand in the arcade mode in the game:

When the race begins, don’t use the Turbo Boost to get in front. This is the only time when you don’t really want to be the first, but the last: if you are first early on, all the weapons will target your kart.

But if you’re last, you can both collect a power-up or two and see the others fight each other, consuming their weapons and boosts and whatnot, while you can squeeze past and gain an advantage.

Sure, this is a bit short lived since it’s just the beginning of the race that we’re talking about, but it’s always a good idea to start slow and plan your attacks than being their main target.

I recommend creating a daily routine for your game, in order to make sure that you will always get the maximum amount of benefits that you can each day you play.

The truth is that Kartrider Rush + is such a complex game with so many things on offer, that you probably will never have enough time to achieve all of its daily challenges. There’s a ton of stuff to do!

What I recommend doing is starting by looking at the daily missions: these reward you with tons of goodies and it would be best o try and complete as many as possible each day. So make that your first stop in the game.

Also keep an eye on the various events: there will always be some sort of a limited time event in the game, usually offering massive rewards if you manage to play a good game.

And don’t worry about the races themselves: you’ll still get to do a ton of racing, as most of these challenges, missions and events will revolve around the core gameplay, which is driving!

These would be our tips and tricks for fellow Kartrider Rush + players. Do you have other helpful suggestions? Let us know by commenting below and don’t hesitate to ask any other questions you might have about playing the game and getting better at it.