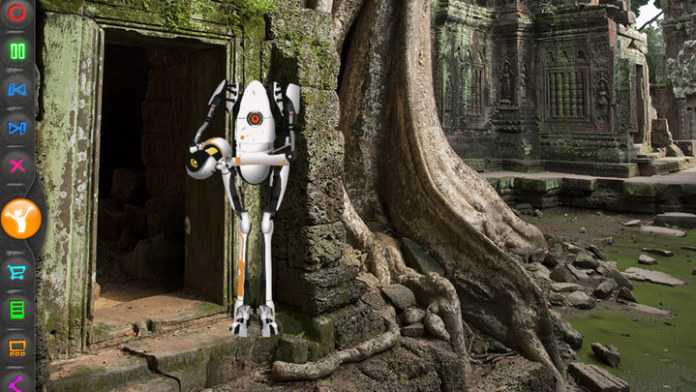 The popular iPad app Toon Hero, which allows users to create their own animated stories using a variety of different characters and props, is getting a healthy dose of Aperture Science now that Portal 2’s co-op-minded robot P-Body has joined the list of available characters.

Toon Hero, which tasks users with constructing their own storylines, greetings, jokes, and other events using simple video tools and props, was developed by Trigger Happy Studios and has been a long-standing hit amongst iPad users. The collaboration between Trigger Happy and Portal 2 developer Valve actually began back during this year’s Comic-Con when Valve came away impressed with what Trigger Happy had accomplished through Toon Hero and offered up a crossover with one of their established brands.

P-Body’s inclusion into Toon Hero is the culmination of that agreement but neither Trigger Happy nor Valve is content with stopping at just one character inclusion. According to Trigger Happy, a new update to Toon Hero which is currently set to go live sometime in November will also add in fellow Portal 2 protagonists Atlas and Chell as well as other as-yet-unannounced characters.

Toon Hero is available now as a free download via the iTunes app store with additional characters, props, and backgrounds available as optional in-app purchases.