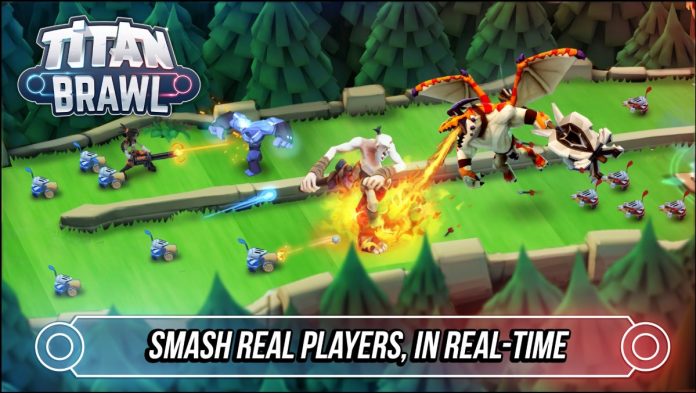 I like genre mashups, I like them a lot! And it appears that upcoming Titan Brawl, created by Omnidrone might be just what I’m looking for. The developers describe it as a MOBA game, but it certainly feels like MOBA meets Clash Royale. And that is a really good thing!

Titan Brawl has been soft launched in Holland, Spain and Sweden so if you live in these countries you can give it a try right away and enjoy it. Otherwise, we’ll have to wait for the global launch which will hopefully happen soon.

Titan Brawl is a fast-paced action and strategy game that aims to revolutionize the MOBA genre on mobile. Intense 3 minute brawls, awesome collectable heroes, single player and PvP battles are some of the features that grab players from the first fight – Titan Brawl is a clever blend of action and strategy that will test your combat skills to the limit! And it looks really awesome, as you can see in the gameplay trailer below:

It does seem to have everything you need from a game, including quick battles which are always a bonus. Clans will be part of the game in the future and I am sure that the entire experience will be polished for the global release which, I must repeat, I can only hope will follow soon.

Another game to put on your wish list, so keep an eye out for Titan Brawl or make sure to check back often with Touch Tap Play to make sure that you’ll be among the first to download and play it.