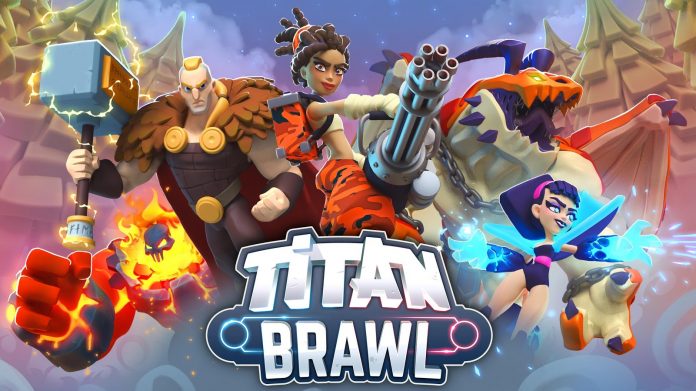 It’s a MOBA on the go! Titan Brawl strives to offer a full MOBA experience in the form of a pick up and play mobile game. You have two lanes and a home base totem to defend. Your main defending force is a cast of colorful characters, each with their own unique abilities, strengths, and weaknesses. You can only bring three of these champions into battle though, so strategy is important here! We’ll help you dominate the competition and climb the ranking with our Titan Brawl cheats, tips and tricks strategy guide!

Champions come in three different flavors: attack, defense, and support. Since you have only three slots for champions, you’ll want to make sure you have a balanced team. Attack champions are suited for bringing the pain, and they can do this with ranged (Maya) or melee  (Thor) attacks. While their damage is pretty high, they’re usually lacking in health, so it’s best to pair these guys up with a defense champion.

Defense champions like Korang and Treebor are melee frontliners. They usually have slow to average speed with low damage but very high health. Their special moves offer some sort of utility, like stuns or slows. You should send these guys out first to soak up damage and protect your support and attack champions.

Support champions like Gwen and Edburt are focused primarily on utility and – you guessed it – supporting other champions. They are a mixture of ranged and melee attackers and have average health. Never send support champions out alone! Always wait for a wave of minions or another hero who is already present in the lane. Left alone they will fall pretty fast, but when paired with others they shine greatly. Their special moves can be heals, shields, and other supportive abilities.

Boxes are the main source of obtaining new champion tokens and upgrade materials. You can get them through the following ways:

You can also purchase boxes from the shop using magic gems, the premium currency of the game. Gems are obtained through reaching higher ranks and completing missions.

3. Change up your strategies!

Matches in Titan Brawl only go for 3-minutes, and in the event of a draw the player who killed the most champions wins. This means that you have to be active – not reactive – to get the upper hand on your opponent. Since there are two lanes, you can opt for an even split push. Send champions down both lanes to fight with your minions, pushing an equal amount of pressure on your opponent.

Or, you can try for the riskier strategy of pushing a single lane. Sending all available champions down one lane in one big massive army will cause your opponent to panic if they’re not prepared, and it may even bring you a swift victory. However, this goes for you as well! Your other lane will be left wide open and should your initial push fail, your opponent might be able to capitalize on the opportunity.

Keep in mind that your opponent receives their champions at the same time you do. You just don’t know which champion they get until they deploy them. You can try timing your champion deployment to play around your opponent. Some ideas include purposely holding onto champions until the right moment comes up, deploying multiple champions at the same time in a surprise attack, and so forth. You’ll have to come up with strategies on the fly in this game, so it’s important to stay flexible and adapt to your opponent!

That’s all for Titan Brawl. Since Titan Brawl is a multiplayer PvP focused game, strategies are constantly changing, so if you have any other tips or tricks to share let us know in the comments below! 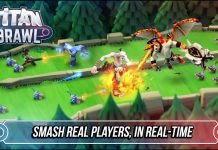