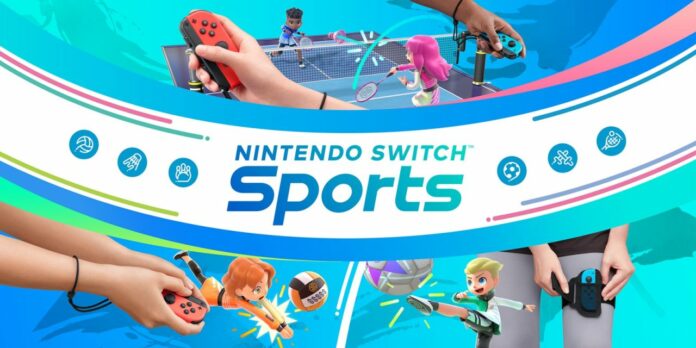 Nintendo Switch Sports, just like its glorious predecessor Wii Sports, is a game that is incredibly easy to pick and play, allowing players of all skill levels to have fun right from the get-go.

If you’re looking into becoming the best player around, however, playing randomly without knowing what to do in each sport will not get you far.

Here are some useful tips and tricks that will turn you into a better Nintendo Switch Sports player.

Badminton may look a lot like tennis, and while the two sports aren’t the same, they are alike in many aspects. In both, for example, your main goal should be to make the opponent make mistakes.

As such, to win in Badminton, you need to vary your shots as much as possible when it comes to the direction you are swinging and the direction of the shots themselves. Try to make your opponent run from one side of the court to another, and they will eventually make a mistake. Learning to control the game this way may not be easy, especially if the opponent is attempting to do the same, so try to read the situation properly to see when you can start enforcing your strategy.

Bowling is a mainstay of the Sports series, and it returns better than ever in Nintendo Switch Sports. Despite how the gameplay may have been changed and improved, the strategies for winning have not in the slightest.

Like in actual, real-life bowling, you should avoid throwing the ball in the middle of the lane, as you are more likely to leave the pins on the sides standing than get a strike, making it impossible for you to knock all of them down in your second throw. As such, you will want to slightly angle your thrown and possibly add some curve to it by twisting your wrist as you make it. In addition, do not always throw the ball at maximum strength, as a slower ball has a higher chance of knocking down pins.

Chambara is one of the new additions to Nintendo Switch Sports and a very nice one as well. Unlike most of the other sports in the game, Chambara is a much slower-paced sport where the players who can be patient the most win.

To win in Chambara, it is best to play defensively. While it can be tempting to go on the offensive and overwhelm the opponent, it is more likely that they will block your attacks and leave you open to their own. As such, always take your time, watch the opponent’s stance, and attack and defend accordingly. Also, make sure to be as precise as possible with your swings, as an incorrectly registered swing may turn a vertical one into a horizontal one and vice versa.

Soccer is yet another great addition to Nintendo Switch Sports that is set to become even better when it will be possible to play it with the Leg Strap accessory.

In its current state, it is very easy to win at soccer, as there aren’t a lot of strategies that can guarantee a victory. This is due to the height of the goals which make high lob shots incredibly effective and hard to block. You will need to be at the right distance to make the ball have the correct arc, but once you do find it, you will have no trouble winning games consistently. Even if you think you have scored, however, always make sure to reposition yourself for a potential rebound.

Tennis returns to Nintendo Switch Sports following its debut in Wii Sports complete with all of the quirks that can make it feel somewhat counterintuitive to play.

Timing is extremely important in tennis, as it is what dictates where the ball will go. If you cannot seem to make the ball go where you want, try to switch up the timing of your shots: delaying it slightly may give you better control over them, depending on the situation. Additionally, try to master Perfect Serves as much as possible, as they make quite a bit of difference and make your opponents’ lives much harder when you are serving.

Volleyball, alongside Chambara, is the sport that requires the most skill in Nintendo Switch Sports to win. This is due to the many different moves you have to master when the ball is on your side of the court and when you have to defend.

If there is one thing that truly makes the difference in volleyball is a perfect defense. While attempting to recover the ball from a spike can be difficult, blocking is considerably more effective. When your character is by the net, make sure to reposition it in front of the opponent who is about to spike. Jump at the same moment they jump, and your block is likely going to be successful, making you gain a sound advantage no matter on which side of the court the ball falls.

Tips and Tricks to Win Every Sport in Nintendo Switch Sports