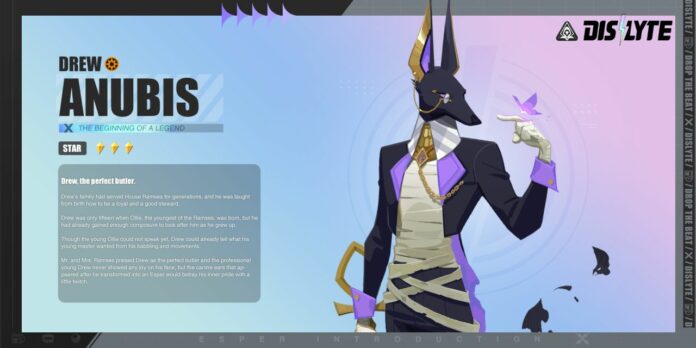 Dislyte is among the most interesting turn-based role-playing games released on iOS and Android globally, thanks not only to its charming world, which takes no time to suck players in but also to its gameplay mechanics, whose great depth makes the game a true joy to play.

Among the Espers currently available in the game that make it so fun is Drew. Here’s everything you need to know to use him properly.

Tips and Tricks to Using Drew in Dislyte

Drew in Dislyte is a DPS character who works great against all sorts of enemies, but that shows his true potential when fighting against weaker opponents that can be taken down in just a few hits. This is due to the Death’s Judgment skill, which allows Drew to perform an extra attack that ignores defense on another opponent if the skill kills an enemy. As this bonus attack can be triggered up to two times in a single turn, you can easily understand why it is important for Drew to deal the killing blow with Death’s Judgment as much as possible.

Below, you will find all you need to know about Drew’s three skills.

As you will want Drew to deal as much damage as possible with Death’s Judgement, the best sets are those that increase his attack and Critical Rate, such as the Wrath of Jupiter Set x 4 (+30% ATK) and the Fiery Incandescence Set (+20% Critical Rate).

Tips and Tricks to Using Drew in Dislyte