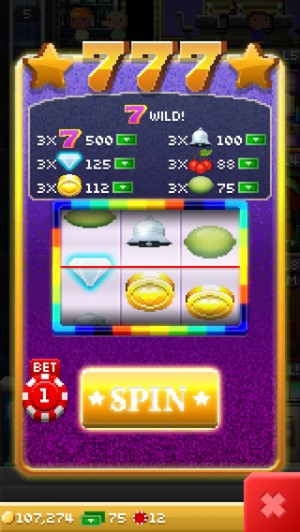 Fans of Tiny Tower will really be happy in knowing that another game of the series is going to be released in all regions soon, as it’s
been recently soft-launched on the Canadian App Store.

Tiny Tower Vegas is the direct sequel of the original Tiny Tower, developed by NimbleBit. The new game seems to have brought some new enhancements to the formula, like some extra mini-games that will allow gamers to earn quite a bit of in-game money. For the rest, the game will look better than before, with each floor being more detailed and colorful.

The original Tiny Tower isn’t the only game released for the series in recent times. Star Wars: Tiny Death Star has been released in all regions last year, adding characters and locations that all Star Wars fans known and love. Thanks to the Star Wars license, Tiny Death Star has managed to become quite successful and popular, something that will definitely help Tiny Tower Las Vegas when it launches soon in all regions.

Tiny Tower Vegas is now available for download on the Canadian App Store. The game has yet to receive a release date for all regions, but it shouldn’t be released before long. We’ll let you know more about the matter as soon as possible.