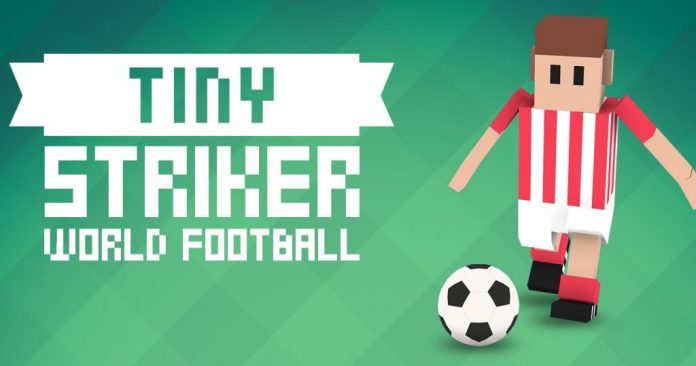 Fat Fish have just launched a charming little football / soccer game on the App Store and Play Store, Tiny Striker World Football. Beautiful and highly addictive, simple yet complex, this is a game that even those who don’t like football will enjoy. And we’re here to try and make the experience even better by sharing with you a bunch of Tiny Striker cheats and tips to help you win all matches and turn your player into a champion.

So let’s not waste a single second and let’s check out below Touch Tap Play’s Tiny Striker tips and cheats!

Collect coins
During the game, try to collect as many coins as possible in order to increase your coin earnings at the end of the match. Don’t risk it too much for a coin, though, especially if there are defenders making it difficult to get. After scoring, the position of the defenders will change and your coin might become easier to obtain. So even though coins are extremely important, scoring goals and scoring in a row is even better!

Take advantage of the fireball
You get the fireball for scoring multiple times in a row. When you do, you can (and should) hit all defenders when shooting. This not only knocks them down, but also gives you extra XP. Be careful – the fireball doesn’t affect the Keeper, just the field players! So whenever you get the fireball, start hitting them for easy goals and extra XP points!

Double your Winnings
When you’ve managed a great performance, tap the Boost x 2 button to double your winnings. This is an easy way to get a lot of extra XP and money. You shouldn’t do this on every occasion, though, because the ads are limited per day so you might consume them all – however, the limit doesn’t seem to be too low.

Ads tip: you can also watch ads every 4 hours to get extra hearts (energy). Make sure to do so as well!

Don’t use your special items early on
Early on, all the matches you play will be very easy to win. Don’t use – or, better said, waste – your special cards on those matches and wait for them to become more difficult. I’d say that games get difficult starting Game 20 and onwards, but you should still try to stick to them for as long as possible and use them when they will really make the difference.

Keep on training!
Improving the stats of your Striker is free to start, but takes time to complete. Try to train as often as possible and early on log in often in the game to train your Striker. You only need several minutes to train a point of skill early on, but you have to be in the game to start doing so. My suggestion is to never spend coins to speed up training as there are much better ways to spend your coins – like unlocking sponsors and getting extra energy or cards.

Keep on striking the ball!
It doesn’t really matter how many times you hit the ball during a match. It’s true, the game records all the statistics for your player and you might want to have many goals scored from few tries, but in the end winning matches matters the most. So keep on shooting over and over again until you get it right. You should try to score as many times in a row to unlock the fireball, but apart from that, there’s no reason to be slow when taking shots: the more you wait, the more your win meter drops!

These would be for now our Tiny Striker World Football tips and tricks. Do you have any other suggestions for fellow players? Let us know by commenting below.