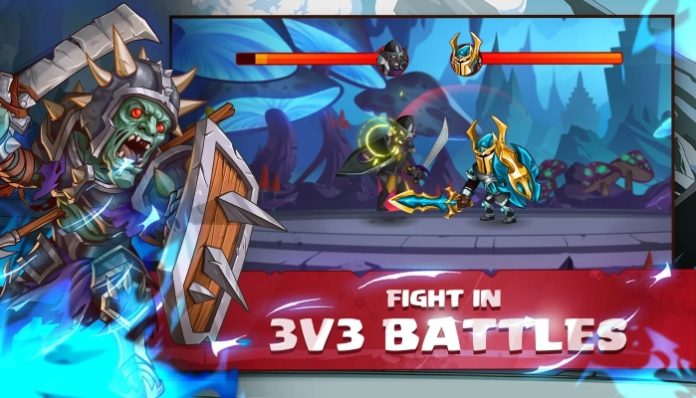 These are the tiniest gladiators we have ever seen! Tiny Gladiators 2 is the sequel to BoomBit’s fast-paced fantasy action game. The greatest warriors across the land have gathered in the arena, and now it is time to prove your worth! Do you have what it takes to become the ultimate gladiator? You definitely will when you are done with our Tiny Gladiators 2 cheats and tips!

Tiny Gladiators is, at its heart, a fighting game so you will need to know how to control your opponents movements. Our Tiny Gladiators 2 cheats, tips and tricks strategy guide will show you how to do just that!

Jump often and zone out your opponent!

This seems like a no brainer, but we have to emphasize how important it is to keep mobile – more specifically, to be airborne a lot! Most attacks must be performed on the ground, so simply jumping a lot can throw off your opponents. As you learned in the tutorial, the strategy is different for every hero.

As a melee hero, you want to get up close and personal with your target. You can accomplish this by jumping and using skills to close the distance. If you are fighting a hero like a Mage or Archer, they jump back a lot to get away from you.

Chase them by jumping over their attacks! One thing to note is that your aerial attack is a downward slam, so do not perform it unless you are right above your opponent.

As a ranged hero, keeping your opponents at a safe distance is the most optimal way to deal with them. Archers have a diagonal arrow attack when airborne, letting them keep the pressure on while maintaining distance. Mages have a teleport move that can be performed by jumping, then jumping again mid-air. This is excellent for getting out of a sticky situation! 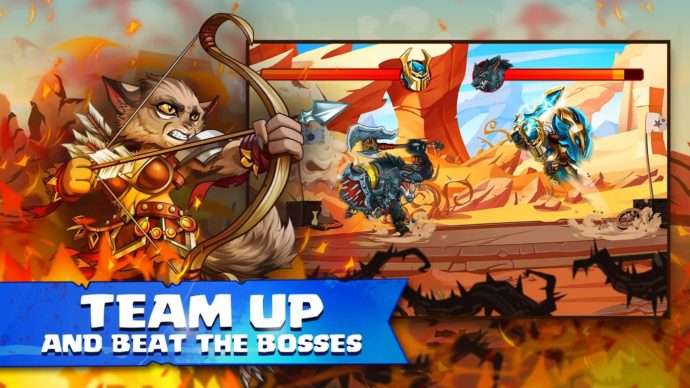 You can block attacks by holding back. If your opponent is attacking, your character will automatically assumed the guarding position as they slowly back away. If you find yourself constantly getting interrupted, try blocking!

You will still take damage, but it is greatly reduced. If you are having trouble keeping up with an opponent that cannot stay still, block to reduce the volley of attacks that will inevitable come your way.

Learn all the basic skills first!

Each hero has a special skill that must be learned before it can be used. Starting in chapter 2, completing a level will reward you with a skill point. You should learn the all special skills for your heroes before investing points into the bonus stats, as these skills are very powerful and should be obtained right away.

The Warrior learns Charge, which sends him forward a good distance. You can even slam right into your opponent for big damage! This skill is especially helpful for closing the distance in a flash, something the Warrior needs to do often.

The Archer learns Rapid Fire. After a short wind up, the Archer lets loose a volley of arrows at an alarmingly fast rate. This skill has the potential to do HUGE damage if all arrows land, but they can be dodged if your opponent jumps out of the way in time.

The Mage learns Nova, which projects a huge burst of energy around him. While it does not do too much damage, Nova sends your opponents flying, which can create some much needed breathing room for the Mage. 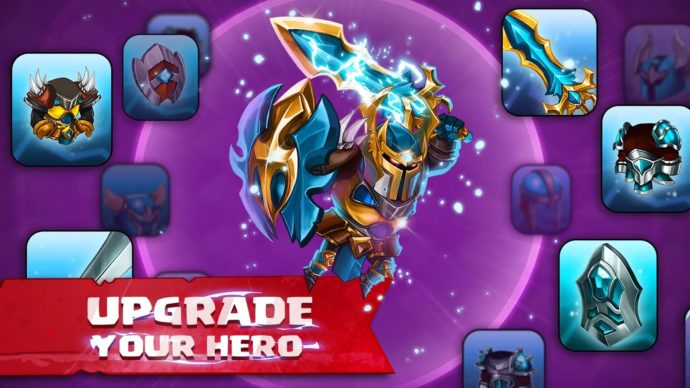 Need a break from slaying monsters? Why not try your hand in the arena, where you can go up against other player’s teams? As mentioned in the tutorial, every fight you win in the arena nets you league points.

Once you earn enough league points, you will move up in divisions. The higher division you are in when the league is over – which usually happens in a day or two – the better your rewards are at the end.

You can get big treasure chests from PvP, so it is very much worth it. Do not worry if you cannot beat a particularly hard team. Simply go back into the story campaign to power up your team, then come back later!

That’s all for Tiny Gladiators 2. If you have any other tips or tricks to share, let us know in the comments below!