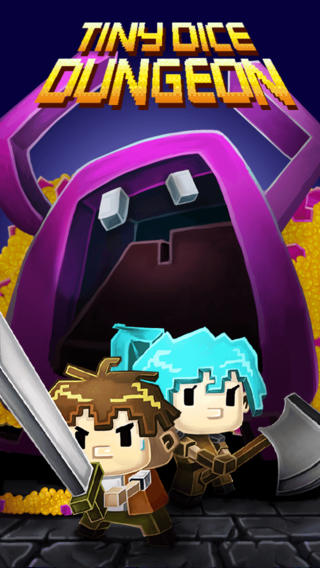 Tiny Dice Dungeon is yet another role playing game that features old school graphics. Several of these games have been released in the past few months and there doesn’t seem top be an end to these games, most likely due to the fact that gamers do love a bit of nostalgia in more modern games.

Tiny Dice Dungeon is actually a quite funny title that comes with some really funny writing and a bunch of unique features, like the battle system and more. As expected, rolling a dice is going to be one of the main focuses of the game, as it will be required to do quite a few things in the game.

Here are some small tips and tricks that will be helping you in Tiny Dice Dungeon, especially if you’re just starting the game.

As in several other games, stamina is needed to play the game. In Tiny Dice Dungeon, stamina is needed to fight battles, meaning that once it’s over, you will have to wait for it to replenish or buy it with real money. There’s a trick to keep playing as long as you want without having to worry about stamina: just set your device’s clock ahead and you will see that you’re stamina has been replenished. Setting the clock back to the real time will not alter your stamina so you can repeat this trick for as many times as you want without making your clock go off.

The Dices you will employ are going to be fundamental in achieving victory. While regular battles are easy enough that you really don’t need to do anything special, during boss battles you probably want to have a healing dice, since bosses strike hard and can defeat you in just a few attacks. Using a multiplier dice is also good for all encounters, so that even when you get a 1, you will still be able to do something.

The best way to capture monsters during the game is to fight in capture battles. Using a capture dice will increase your chances of capturing the monster. In regular battles, you will have to get the monster you want to be the last one on screen and get an extact damage match.

Once you have captured a new monster, you will need to train this monster, as it’s going to be too weak to fight. Make sure to go back to earlier dungeons to train it.