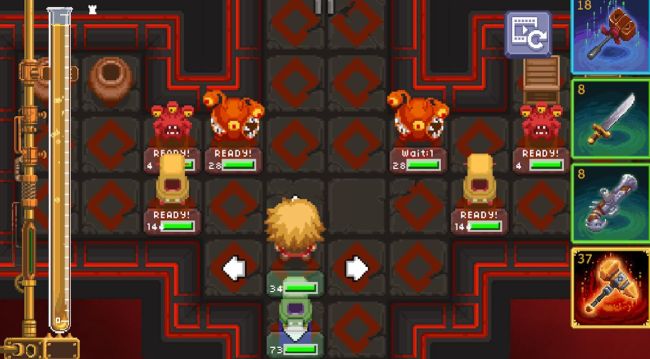 In today’s article we are going to take a look at all of the Tiny Decks & Dungeons tips and cheats to help you take down more enemies and quickly become stronger.

This game is extremely entertaining and if you like pixel graphics games, along with dungeon crawlers and “mini monster farms”, then you will most definitely have a blast playing it, as much as I did.

But since you are here, then you probably want to find out everything that there is to know about the game – so if that’s the case, then let’s not waste another second and dive into the Tiny Decks & Dungeons tips and tricks to help you with everything about the game.

The Mercenary Contracts allow you to play stages automatically, and they are pretty useful if you want to try playing a certain difficult stage. I would suggest that you save them up for more advanced dungeons, because they are not super easy to come by and when they do, they come in limited numbers.

You should save them for the higher levels, and if you are dealing with certain stages where the rewards are especially good and you want to automatically farm them.

Learn how the weapons work and use them accordingly

Depending on the situation, different weapons will have different attacks and effects. You should remember the weapons’ attack patterns, because that way you will automatically know which weapon is fit for the certain monster / monsters and situation.

There is one thing that you should however remember at all times – the AoE weapons are weaker in terms of damage than the single target sword. That being said, if you are dealing with super powerful enemies, your best shot at taking them down quickly is to melee attack them with the sword.

You can see the attack pattern for the weapons when you tap on them, so try to do that and remember it. Every turn you will have different weapons available, which means that you will have to make do with what you get, and get the most of it too!

There is a limited number for how many of each weapons (of each type) you have, so try to not rely only on one of them for all of the tasks that you have, and instead diversify – choose based on what boxes and enemies are nearby, in which pattern they appear, and use the right weapon to swiftly destroy them!

During the stages you will often notice various urns or boxes, which have 1 HP and can be destroyed with just about any weapon. If you didn’t know that they can be destroyed, well now you do. So make sure that you try and do that every chance you get, because inside them you can find Energy or HP.

If you are trying to recover HP but have no potions, destroying one of these and discovering a chicken inside or other lootable item that gives HP will do the trick just fine. However, it is random the reward you get inside, and also you will have to walk over it in order to claim it. So if you just destroy the boxes hoping that the rewards will be automatically granted to you, then think again.

Make sure that you are the first one to go over the lootable items, and not an enemy chasing you, because if the enemy claims it, then the enemy will receive the bonuses from the items! It’s good to move quick before you lose the items.

Every single day you will be able to claim free Card Packs and all you have to do is to watch an advertisement. This is useful because that common card pack will contain 3 items, most often of Common quality. They can be used with your currently owned weapons to make them stronger (by fusing them), or if you obtained a new item, you can choose to use that in your dungeon adventures.

Make sure that you watch an ad and claim the common cardpack whenever it is available, because you never know what you might find inside. I recommend that you spend those 30 seconds on average to claim the free packs (when they are available) because otherwise a common card pack costs 5000 Coins.

Just like there is a Common card pack, there is also an Epic Card pack, which contains significantly better loot inside. The Epic Card Pack costs 500 Quantonium (premium currency) and that is going to take quite a bit of time to obtain, so just save it up because when you do have enough, you’ll be able to open a pack which has a chance to give you Legendary items.

If you are a f2p player, then you will want to collect as much Quantonium (or Gems or premium currency, however you want to call them) as possible, all without having to spend a dime. I suggest that you head on to the Shop -> Quantonium tab and you will see there at the top an option which shows that you can claim free Quantonium.

All you have to do is watch an ad to claim 25 free Quantonium, so if you have the time, make sure that you squeeze this in every chance you get, because you should try to save up 500 of them for the epic card pack.

Always try to catch the monsters

As you probably know, the monsters you encounter can be captured and used as pets. There are plenty of them, but it’s not always easy to catch them. What you should do is make sure that you deal some damage to them, and reduce their HP to half (at least).

Then, you need to walk next to them and use the Net to capture the monsters. It’s pretty much RNG, so don’t beat yourself up if you can’t manage to capture too many. In time, the stronger you get, the easier it will get to capture the lesser monsters!

If you captured a strong enemy, start using it as your main “pet”. The monsters you capture will fight for you, so it’s best to use the best ones you got.

Don’t forget to do your dailies

In the left side of the screen you can see an icon that reads “DAILIES”. There you will see your daily missions which will refresh every single day. Make sure that you do all of them, because they will give you a ton of Coins, and if you complete all 3 daily missions, you will also complete the fourth one which gives you 25 premium currency Quantonium.

These would be all of our Tiny Decks & Dungeons tips and tricks that we have for you right now. Do you know some more useful game tips and strategies to pass the dungeons? Feel free to share them with us by leaving them down in the comments section below. 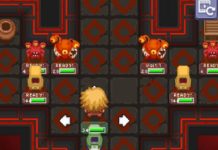