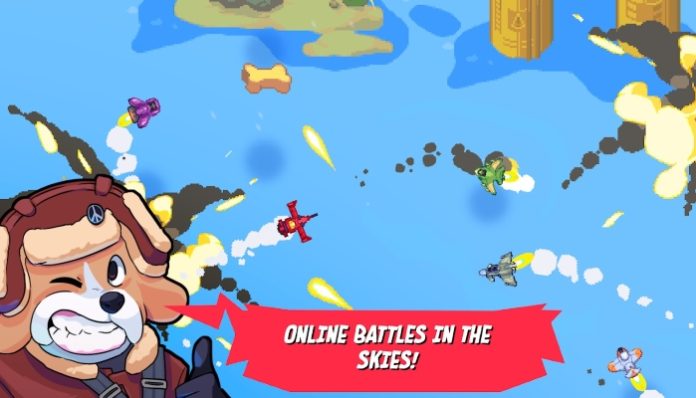 The dogs are here to rule the skies! Thunderdogs is a top-down multiplayer shooter. Choose from a variety of different fighter planes, each with their own unique Thunderdog pilot, and shoot down your opponents in hectic real-time dogfights! Our Thunderdogs cheats and tips will show you how to become the top dog!

Thunderdogs is all about good piloting skills, so grab your flight stick and get ready to fly! Here’s our Thunderdogs cheats, tips and tricks strategy guide!

Don’t forget about your dash!

Remember to use your dash – a quick swipe and you will boost out of harm’s way! The dash is crucial for escaping certain danger, and it’s the only maneuver that can help you escape the homing missile weapon. Executing a dash require two action blocks, so make sure you don’t dash yourself dry or fire too much. 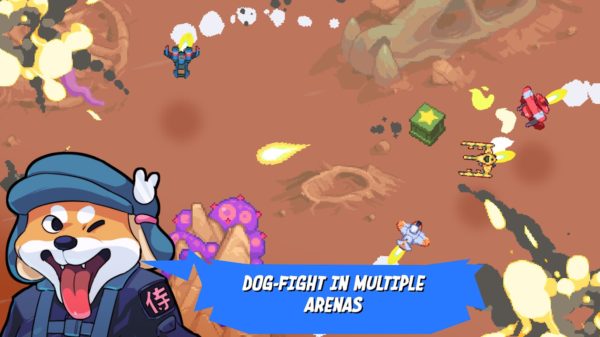 The best way to take down an enemy in a dog fight is to pepper them with short bursts of concentrated fire. Shoot 2-3 shots at once, but never more than that. You want to hold onto some extra action blocks in case you get the opportunity to unload a full clip when it’s a guaranteed hit.

Also, this doesn’t work all the time, but trailing another player that’s trying to do something else will often times get them to turn around and engage your directly, which is kind of what you want. When other players fly at your straight, they’re easy targets – just make sure you are healthy enough to take some hits!

Or, if you want to be a little more crafty, you can avoid direct combat altogether and go for some creative kills. Green boxes with stars on them will spawn randomly around the map, and picking them up will grant you a special weapon. 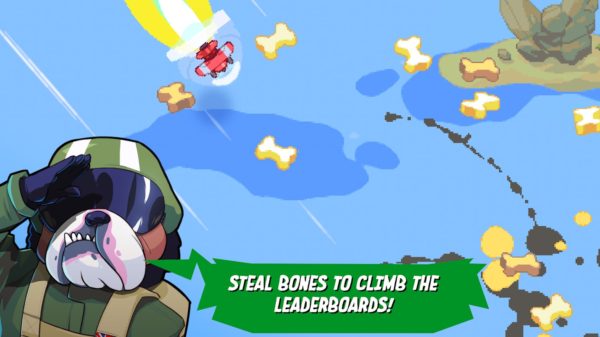 You will unlock different planes in the prize boxes. These planes aren’t just cosmetic skins – they each come with own Thunderdog pilot and they have different stats! Speed is the plane’s max speed, while Thrust is how fast it accelerates.

The more bones you have when you get shot down, the more coins you’ll get. Every player’s bones are shown on your HUD, so you can use different tactics to get the bones you need.

The majority of players in the sessions are probably going to gun for the player with the most bones, so you can hang back and pick them off after they’re damaged from a dogfight!

There’s multiple ways of collecting bones rather than just waiting for them to spawn, so get creative and take down your enemies in extravagant ways!

That’s all for Thunderdogs! If you have any other tips or tricks to share, let us know in the comments below!