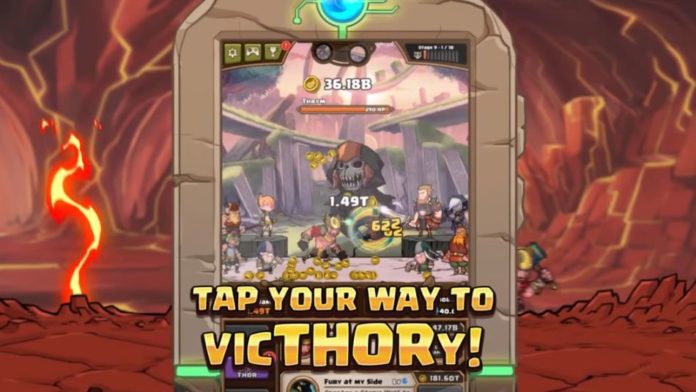 These Thor: War of Tapnarok tips and cheats we will share with you in this article are going to help you gather a lot of gold and boost your allies, as well as boost yourself to live up to your name.

As you probably know the much famous story of Thor, Son of Odin, you might know that he is a powerful viking warrior, who can wield the most powerful weapon: Mjolnir! With this invincible weapon, he now has to defeat numerous monsters that try to stand in his way.

Enough with the introductions now, because we’re going to be here all day discussing Norse Mythology. So, without further ado, let’s get into the Thor: War of Tapnarok tips and tricks! 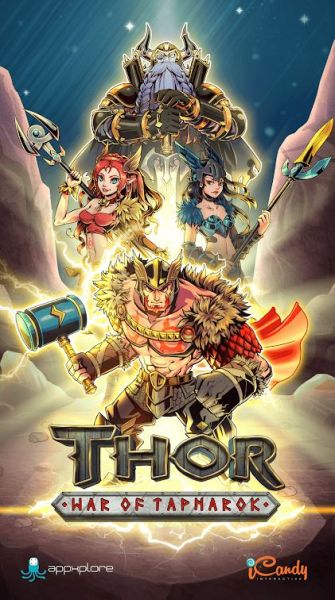 Once in a while you will see a hawk on the sky carrying a golden scroll. Always tap on that hawk because it will give you many useful things, from boosts to gems. Some of the items this amazing Messenger will give won’t require you to watch an advertisement (so that’s great), but some others, much better gifts, might need you to watch an ad.

I suggest always doing so whenever possible because the rewards are really, truly worth it. It personally helped me get super high level with both Thor and his allies by getting few billion Gold Coins, so if you want to level up fast your crew, make sure you do this.

Level up the allies

By leveling up the allies you will greatly increase their damage output and unlock new skills. They will not disappear, but rather stick by Thor in all the upcoming fights once unlocked.

The allies gain new skills at these levels: 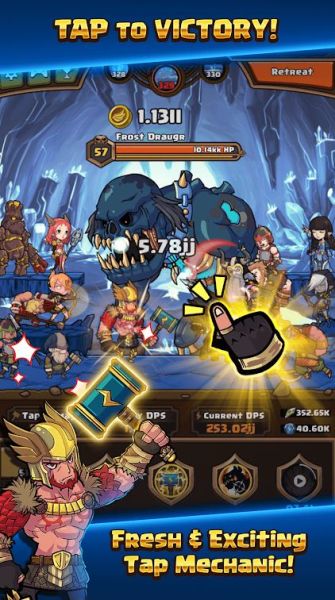 The ultimate ally, Odin, is the most powerful of them all. He will be unlocked last, once you’ve pretty much finished getting all the other possible vikings and warriors. Odin will come maxed out, so there are no improvements to be made there (after all, he’s king of a God in the Norse Mythology).

To unlock more allies for Thor all you need to do is collect Gold and not give up. Also, if you want to collect more Gold, keep an eye on the Messenger with its golden scroll gift, because it will help you upgrade allies in no time.

Time Travel is not for losers

This is the most important feature of them all. Once Thor reaches level 400, you will unlock the Time Travel ability, which will make Thor start all over again, but with a new and improved set of powers. 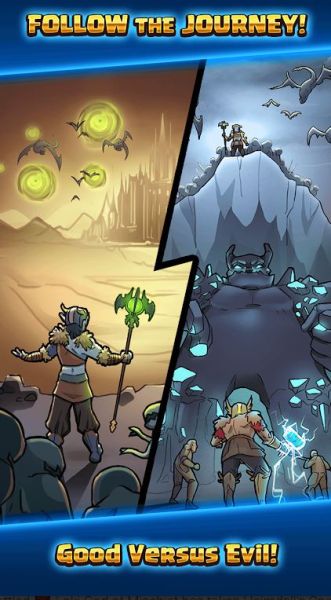 In order to unlock it, you can either level up Thor like mad to 400, or unlock Eir. When you choose to do this, you will be rewarded with bonus Runes depending on these factors:

I suggest leveling him up to 400, but not activating the Time Travel just yet. Since this is going to only benefit you Rune-wise. What I suggest that you do instead, is level up the allies to close to a maximum level (if not maximum) and collect as many as possible.

Thor’s skills are as follows:

– Fury at my Side: Creates a Storm Wolf to attack 17 times/second.

– Wild Magic: Randomly cast an ability with 30% of its effect.

– Mountain Crusher: Adds 45% effect to the next ability used.

– Time Travel: Travel to the past and earn new Runes to acquire glorious new treasure. 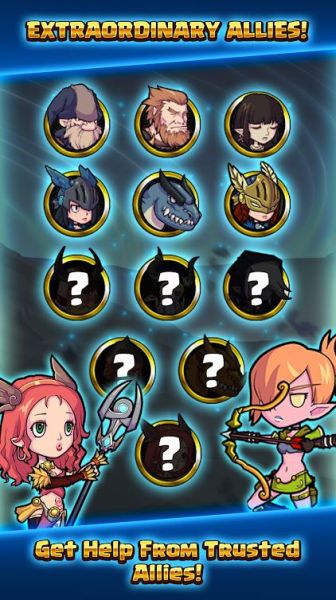 Use the skills for tough bosses

As Thor levels up, he will unlock new skills. All of them are listed above, so I suggest taking a good look at them and remembering what they do. When you will face a strong opponent (and you will sooner, rather than later, trust me).

I suggest using those skills for the bosses whenever possible, because they will make a world of difference.

Can’t kill it? No problem!

If you can’t kill a certain boss during a stage, don’t get discouraged. The game will not stop there. Thor is going to take his crew and keep on fighting random monsters and gather Gold Coins for you. Once you have gathered enough, you can then move on to making some upgrades and fight that  boss.

Another great technique for doing this is to wait out your cooldowns. That’s not only going to make things easier, but you might as well even get more rewards from fighting the boss. So it’s definitely a technique to take into consideration.

This game is an idle game, so you don’t really have to do anything (unless you actually want to progress through and fight the bosses yourself). So if you want to take the day off (from playing) and just get back to the game later, you can do this anytime you want.

More often than not, you will come back to a lot of Gold Coins ready to be spent on all your favorite characters’ leveling, so you will become even more powerful for not playing the game (in a sense).

My best techniques for playing the game:

– don’t afk when fighting bosses, since they have a 30s timer and you might lose the fight for not doing a single tap.

– get all the Messengers! If they give damage boost, you can skip it (unless fighting a tough boss) but else get all the Gold Coin boosts! 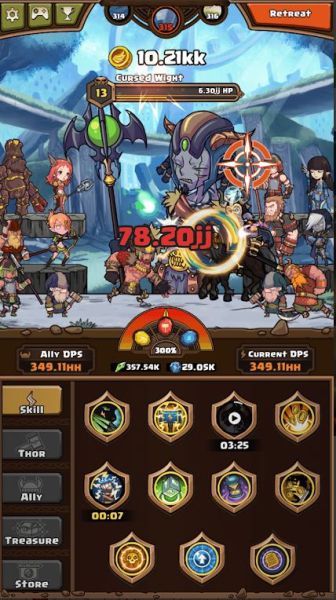 – level up every single fighter to at least level 10, then 25 (you can even go crazy and get them all up to 50 or 100 if you have the Gold Coins), then focus on the ones you like most.

– don’t Time Travel for just a few Runes, but rather do it later! (not as soon as it becomes available)

– if you like the game and feel like spending some money, take advantage of the starter packs because they are way better than the other offers.

– I suggest exchanging the Gems for Runes whenever you can, because you never know how lucky you might get. For example, we got some Epic Treasures! Take a look:

– request Treasures whenever you have enough Runes (all Treasures are good, don’t worry!)

These are all the Thor: War of Tapnarok tips and tricks we have for you right now! If you know some other cool tips for the false idlers out there (those like me who like playing the idle game), leave a comment down below and share your suggestions with everyone!