Home News The World Ends With You: Solo Remix Has Been Discountinued On iOS 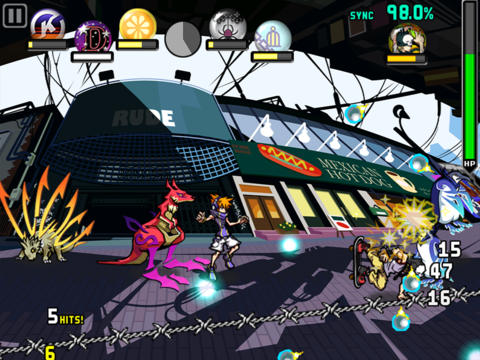 Earlier this week we have reported that The World Ends With You: Solo Remix, the role playing game developed by Square Enix, is no longer available for purchase on the App Store. Unfortunately, it looks like it will never become available again, as Square Enix has announced today on its support page that the game has been discontinued.

Thank you for using the iPhone/iPad Version of The World Ends with You -Solo Remix-.

You will still be able to use the downloaded app, but please be advised that you will no longer be able to download the app after the service has ended.

We value your patronage and thank you for supporting the iPhone/iPad Version of The World Ends with You -Solo Remix-.

This announcement is incredibly strange, considering it was confirmed that the game was eventually going to receive a fix for the iOS 8 issues that made the game unplayable on more modern devices. The matter is surely going to evolve in the next few hours and we will keep you updated on it as soon as more comes in on it.

[UPDATE] We have received an official statement from Square Enix, explaining the reasons behind them pulling the game from the App Store. Below you have the entire message:

“Upon examining the impact of recent iOS updates to the title, we determined that the affected areas were greater than originally assumed.

We were working to address this matter, however, the title has been regrettably pulled from the Store.

Square Enix is actively working with all related parties to make available the software update; however at this time, we are unable to communicate a clear and adequate timeline. We appreciate your patience and understanding as we work to determine a solution.”

The World Ends With You: Solo Remix Has Been Discountinued On iOS