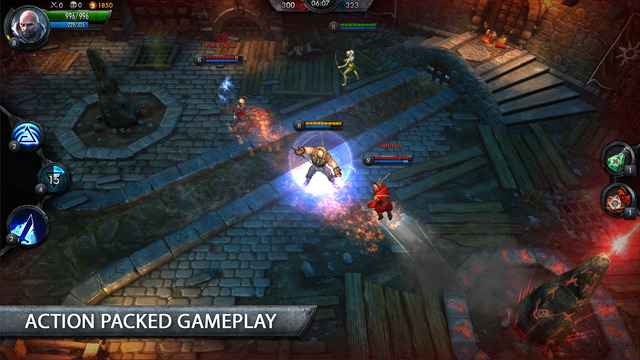 Fans of The Witcher series have a lot to be happy about this week. Today the first expansion for the latest entry of the series, The Witcher 3 Wild Hunt, has been released in all regions and on all formats and the iOS game The Witcher Battle Arena has received a new update which marks the beginning of Season 3.

The new The Witcher Battle Arena update introduces two new characters to the game – the king of the Wild Hunt Eredin and the berserker Vabjorn. The new update also comes with tweaks for the Korath Desert map as well as new skins, weapons and items.

Here are all the details of the new The Witcher Battle Arena update.

This update marks the end of Season 2 and the beginning of Season 3!

Season 2 rewards including new avatars, skins and weapons will be awarded to players who participated.

Eredin, the King of the Wild Hunt has arrived to join the battle!
Vabjorn the shape-shifting brutal berserker has also arrived in the arena.

Several new skins, weapons, items and avatars for various characters have been added to the game.

Many characters have received balance changes to even the playing field.

Enjoy the game and fight to be top of the leader-boards for season 3 for more unique rewards!

The Witcher 3 Battle Arena is now available in all regions on the App Store.