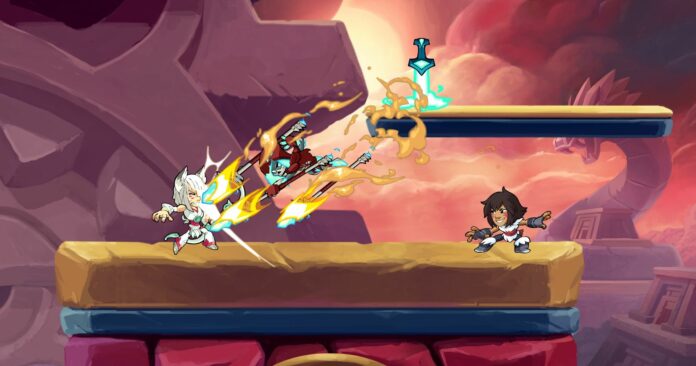 The fighting game Brawhalla is among the best fully-featured fighting games available on iOS and Android, featuring an experience that’s been clearly inspired by the Smash Bros. So much that it has received a few guest characters in the past.

More of these characters taken from other popular franchises have now hit Brawhalla thanks to a new special event that will see players fend off hordes of undead in a new play mode and in a new prison stage that has been the main setting of a few seasons of an extremely popular TV show.

In case you did not get the message yet, we are talking about The Walking Dead, whose characters are now playable in Brawhalla. The new characters, which can be purchased for 300 Mammoth Coins, will continue to be available even after the special event ends on October 28th, so they are set to become mainstays in the game for a very long time.

In case you want to see them in action, you can check out the video below. Warning: it features hordes of undead and cartoonish violence!

Brawhalla is now available on iOS and Android globally. The game is also available on pretty much every modern gaming platform, including the Nintendo Switch.