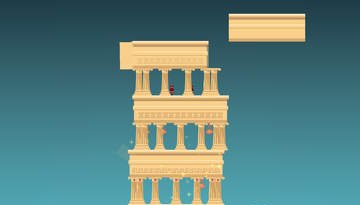 The Tower is a brand new skill/building game from Ketchapp that challenges us to build the highest possible tower and so far proves to be an extremely addictive game. But since it’s also extremely difficult, I decided to come here and share with you a complete set of The Tower cheats and tips for the mobile game, hopefully creating an article that you can call the ultimate strategy guide for The Tower.

So if you’re struggling reaching the outer space in this game, we have all The Tower tips and tricks for this great mobile game by Ketchapp to get you started. Have fun!

1. Take your time
The game starts out slowly and you can easily place level after level, but as the pace increases you should beat the urge to keep up with it and instead take your time. Let the new block move all the way to the other side of the display, then place it when it returns. This gives you some more time to adjust to the new situation and speed and place it as accurately as possible.

3. Learn from your #1 mistake
In my case, it’s tapping the screen too soon. In your case, it might be tapping the screen a bit later. See what your major mistake is and do your best to fix it: if you tap too soon, just wait half a second more before tapping. It won’t take long until you will manage to adjust to the new way of playing and you will lose less block parts this way!

4. Power-ups are actually helpful
In most games of this type, the power-ups are not that useful, but in The Tower, one is particularly great and you can even use it in combo with a second power-up. I am talking about the Headstart power-up which gives you the chance to start from the 16th block. The advantage here is that you have a perfect tower up to that level, so it’s a lot easier to go higher than ever before. I have never actually lost coins when using the Headstart, meaning that each level started with a headstart gave me at least 1,000 coins.

As I was saying, you can actually use the Headstart in combination with the Coin Doubler bonus. You’ll end up paying 2,000 coins for activating both power-ups, but if you are a decent player, you will surely make more. So take advantage of the power-ups before Ketchapp adjusts their prices!

– Insurance: this gives you one more life, or more, but it’s pretty useless. What it basically means is that when you place a completely wrong tile, you will get to continue instead of the game over message. However, usually that final misplaced block is extremely small, so you get at most a few more moves before actually losing the game. Waste of coins.

– Replay from last checkpoint: this is also usually a bad power-up, from the same reasons: your latest checkpoint will have a small block, so you won’t be getting a big chance in return.

– Remove previous block: this costs 100 and extra 10 coins for each new use. This can be pretty useful if you want to keep a long perfect streak, but most of the times it’s not. Use common sense when activating it.

6. Place blocks based on the previous one
One of my biggest mistakes early on in the game was to place the blocks based on the original base, trying to keep it in the middle. You actually have to place your new block based on the previous one alone. If you try to “repair” the slightly wrong move of your previous turn, you can end up losing even more length from the block. So don’t pay too much attention to the side your tower is leaning and build your own Pisa, if that’s all that it takes to get past level 100!

These are our The Tower tips and tricks. We hope that you will find them useful and they will help you get your tower to huge heights. 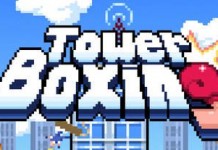