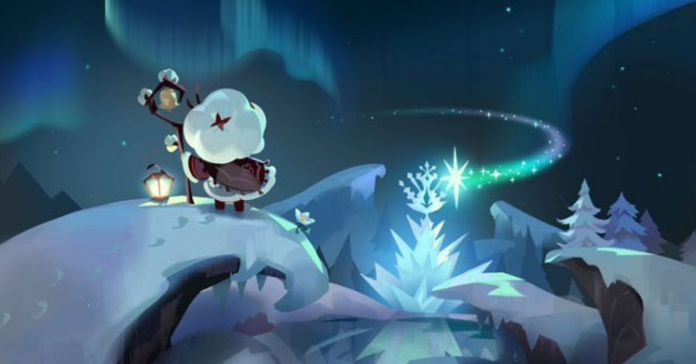 Cookie Run: Kingdom is a very popular mobile free-to-play RPG where you are able to build your own kingdom, filled with inhabitants called Cookies. In order to progress in the game, you have to form a squad consisting of Cookies that you obtain via Gacha. There are lots of ways to upgrade your characters, and the game receives frequent content updates. Today, we’re going to discuss the latest one. This article will tell you about The Tale of the Frozen Snowfield update that the developers showed to us in a teaser.

The Tale of the Frozen Snowfield update for Cookie Run: Kingdom is a new big update that the developers announced in the teaser. The declared date is November 18, 2021, so we will be able to see the new content within a couple of updates. It seems that it is going to be a winter-themed update with lots of features related to snow and ice. There is going to be a new Super Mayhem season, along with the new Frozen Domain. These are special activities that we will see in this update.

However, players are mostly curious about the new Legendary Cookie. Her name is Frost Queen Cookie, and it seems that we will be able to obtain her after this update. There is also another new character named Cotton Cookie.

The new legendary appears to be an OP character with her ability, which looks like a giant wave of ice that deals lots of damage and freezes the opponents. So, Frost Queen Cookie is a good damage dealer with crowd control. Cotton Cookie is a summoner with the ability to summon three cotton minions.

The new update appears to be interesting, and lots of players are eager to see it. Luckily, its release date is very close, so the wait is almost over.

The Tale of the Frozen Snowfield Update Guide in Cookie Run: Kingdom