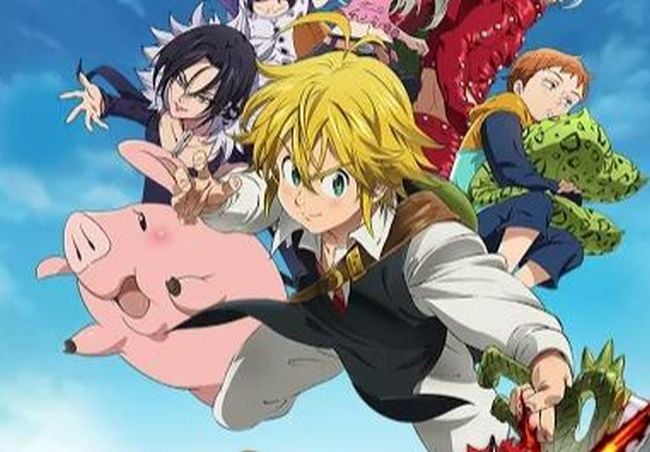 In our article today we are going to check out all of The Seven Deadly Sins: Grand Cross tips and cheats that we’ve learned and share them with you, so that you can win every battle that you encounter!

Having read the manga, I am thrilled to finally be able to play the game and share everything that I learned about it, because not only the manga, but also the anime is a really good one, especially if you like the genre!

But thus being said, you’re not here to hear me praise the game (or the anime/manga for that matter) – you came here to learn all of The Seven Deadly Sins: Grand Cross tips and tricks that we’ve got for you, so let’s not waste another second and dive right into them!

This is the very first thing I want to point out for all the players out there. You should decide early on if you actually want to spend some time on rerolling, or if you are going to be fine with just the units that you get early on.

Once you decided on that, it’s time to move on with the game! If you want to reroll, then stay tuned because soon we’ll have a very fast reroll guide to help you get the best units possible!

Progress with the heroes you’re given

For the casual players who don’t want to spend time on rerolling, but want to enjoy the game, then just move on with your given units and summon when you start playing. This is something very important and easy to do because honestly the heroes that you get are going to be able to carry you through the game’s content quite easily.

Try to go as far as you can in the game with just your units because they are not weak (they are SR after all) and you will manage to pass a lot of stages if you don’t really want to spend time to reroll.

At the Tavern you can cook various dishes which is both a fun activity and an extremely useful one. The dishes that you make can give you some extra stats, making you more powerful in the encounters that you’ll run in throughout the game.

I suggest that once you’ve collected enough materials, you head back and cook something because it will give you great benefits! Oh, and another thing to keep in mind: always eat up before heading into a tough battle! This will help you in the long run, so that’s why I suggest you always have some food on hand already cooked at all times.

As you increase in level, you’ll be able to buy better materials and cook better dishes!

Check out the Materials Merchant

The Materials Merchant can sell you various foods, which are level-only capped. The more you increase in Friendship level with Vanya, the better the materials you will be able to purchase, but don’t let that discourage you. The goods you find here will be refreshed every day at 00:00, so make sure that you check it out within the day and buy all that you want!

Also, here you will find a Sell tab at the top of the store, which will let you sell some of the items that you pick up in exchange for Gold. Don’t sell the items you need, unless you are in a really, really tough situation money-wise because you can’t buy them back and you might end up needing them!

A little tip to make your game life a lot more enjoyable to is swap the music in the Tavern with another one that you like! No, you can’t play Madonna or whatever else – it’s just the in game music, but there are plenty of tracks to choose from!

By doing this you will gain some increased Affection with your character, but it will make for an overall better experience for yourself as a player (at least for me, this is super fun because there is a track I like a lot).

Whenever you can, combine the moves!

During the battles, you should always try to move the cards in such a way so that you can combine the moves and get stronger ones. This is something that will help you by a lot, because a 3 star attack will deal a lot more damage than a 1 star attack.

To move the cards, simply tap, hold drag and drop the card next to another one with the same skill and icon, and they will automatically combine. This will result in you having a much bigger (and better, of course) impact on the game. You should think ahead for each move you make how it’s best to combine them and do it each chance you get.

So the tip is to not always spend the 2 star attack – you can just keep it until you make another then use them both to make the 3 star attack faster.

Decorate your Tavern for increased gains

Your Tavern can be decorated in order to gain some extra benefits. Once you head on there, in the bottom left corner of the screen you can see a button “Decorations”. Tap on it and you will see several types of decors all over the place. They will have a price in Diamonds (the pre-existing ones) but in time you will buy all of them one by one.

I suggest that you first start with the Bulletin Board, because that will increase the Veronica Appearance by 5%! And yes, all of these decors give you a slight boost in something. You can see that boost in the upper left corner of the screen, on a blue background (appears only when you tap on the new furniture).

Check them all out and decide what you want to do and how you want to beautify your Tavern! It’s both beautiful and has a useful function!

You can Enhance your heroes by using Hero Enhance Potions and Water of Life, so I suggest that you start boosting them, starting with your strongest heroes first. That is, because that way you will not waste the materials on the other heroes.

The best heroes to focus on are the SSR heroes, which is what people choose to reroll for. Well, if you haven’t rerolled and you haven’t got any SSR heroes yet, don’t worry – the ones you have are pretty good too! Just focus on boosting one of them instead of all of them equally.

When you have more SSR heroes, it’s best to boost them all equally, but if you don’t have, then focus on just one hero at a time. You might get a good SSR the next time you pull heroes from the gacha, so you can spend your materials then!

Whenever you have 30 Diamonds, I suggest that you go on ahead and summon the 11 heroes gacha. That is going to help you get more heroes and hopefully some good ones early on in the game! When you are able to summon using tickets, by all means go ahead and do it!

But since the Diamonds gacha is the one we want to focus on, just keep in mind that even if you don’t get any good hero within several pulls, once the meter fills up to 100% you will get a SSR hero guaranteed!

– Choose your Lead unit wisely (the Lead unit is the one that you have on the left side). That is the only one which can get a 2 star skill in the first turn! So make sure that you pick a powerful one!

– Remember your team’s passive skills. When you decide on the units that you add to the team, this will help a lot because you can choose based on the ones that will get the most boosts.

Red is strong against Green, but weak against Blue.

Blue is strong against Red, but weak against Green.

Green is strong against Blue, but weak against Red.

– There are a few types of attacks, and you can usually tell by the color in their upper right (for each skill) what they do. Try and remember this as it will help you in the long run! 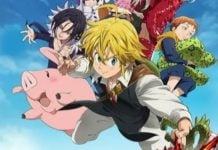