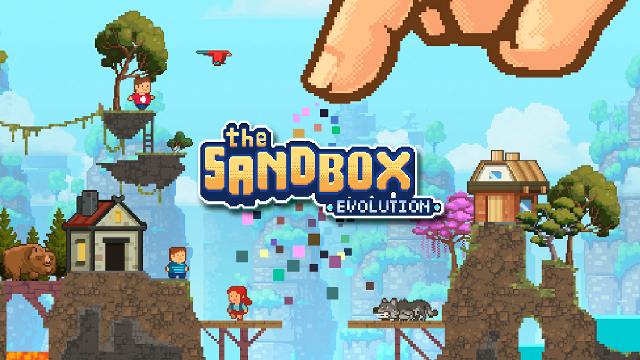 The Sandbox has evolved, and it’s back with all new features! The Sandbox Evolution is the new and improved version of the beloved Sandbox game from years ago. New elements and materials are here, so the worlds you can create are as powerful as your imagination. Want something more traditional? Try the all new “Game” mode where you play through a world created in The Sandbox as a platformer! You can even create your own levels and share them with other players, and you can play theirs as well! Feeling artsy? You can even create pixel art! There’s all sorts of things to do in The Sandbox Evolution, so let’s get started with our Sandbox Evolution cheats, tips and tricks strategy guide!

Before you dive into the regular campaign mode, you should complete your daily quests first! Like the name suggests, you get a new set of these quests every day. You’ll be given a random selection of player-made levels from the community, and they will range in difficulty. The easier ones will be worth a little bit of mana while the harder ones will be worth a lot. Try to complete all of them before the day is over so you get your daily mana!

When you level up, you’ll receive a new set of missions to complete. Missions are separate, small objectives that reward you with some mana. They’ll ask you to do specific things like create a desert using sand, spend five minutes creating a world, and so forth. Don’t worry about not completing these before you level up, as your new missions are added onto your old ones. The best part of completing these is that some are actually worth Karma, the premium currency of the game. Completing a certain amount of them will also level you up, bringing on new missions!

3. Play through the worlds!

Even if you have already finished your daily quests, you can take a look through the Worlds gallery. This gallery will show you player-created levels from all around the world. Playing through a level that you have not finished yet will reward you with mana depending on the difficulty of the stage. You will only be rewarded once, though! If you’re short on mana, why not try some levels in the gallery? You might end up playing a fun level!

You can save some mana by only unlocking the bare minimum materials. For example, if you want sand, you can just drop stone and erode it with water. It’s a bit unwieldy but it works out if you really need sand, and you don’t need to spend the mana to unlock it. Eventually though you’ll probably want to unlock the later materials just for convenience’s sake.

During the “Game” mode levels, you will play as different characters depending on the level’s theme. We have played through levels where we were a caveman, a ninja, and a regular boy. The boy can only jump so his levels are the most basic, but the other two have special abilities. The caveman can swing his club in front of him, destroying enemies and certain materials. You can try creating your own paths! The ninja does a quick dash forward. Expect to see some tricky platforming on the level if you’re playing as the ninja. Utilize the dash to cover dangerous jumps! The ninja can also slide down walls and wall jump, making the ninja the ultimate platforming master. These are just a small sample of the kind of characters you can play as, so get out there and experience all of them!

That’s all for The Sandbox Evolution. If you have any other tips or tricks to share, leave a comment below!