Home Mobile Gaming News The Room 3 Gets Some New Screenshots, To Release Probably In A... 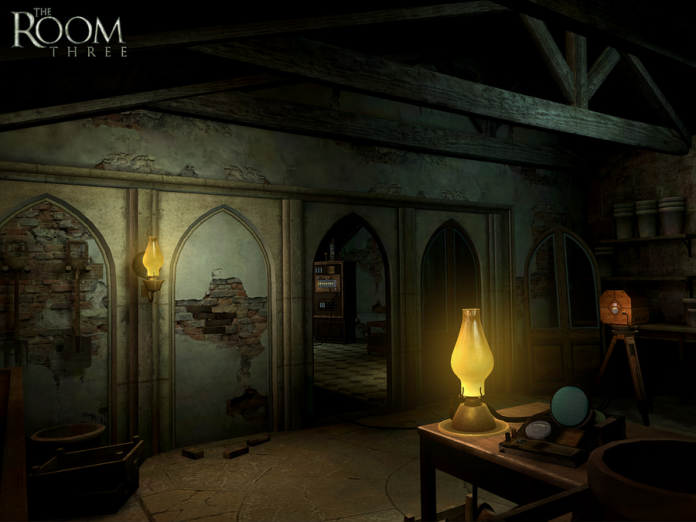 Fans of The Room series have been eagerly anticipating the release of the new entry of the series which will be simply called The Room 3. The game was supposed to be released this Spring in all regions but the game eventually got delayed to Summer 2015 and it really seems like it will miss this release window as well. Despite all this, things are looking great for the game and the wait isn’t going to be that long.

Fireprooof Games has confirmed today that The Room 3 is “probably a couple of months away from a release”. The team has also confirmed that the game is pretty much playable at this point and the team will be focusing on puzzles tweaking, hints writing and general polishing from now on.

Today some brand new The Room 3 screenshots have also been made available online. You can check them out in really high quality by going here.

The previous entry of the series, The Room 2, has been released a while back on the App Store. The Room 2 expands the gameplay experience of its predecessor by including several connected puzzles in different rooms, with the player having the ability to move freely between them. Also, at the end of each stage, players will be have to find the real exit of the room, adding yet another gameplay element to the experience.

The Room 3 will be released in the near future in all regions on the App Store. We will keep you updated on the game’s release date as soon as more comes in on it so stay tuned for all the latest news.