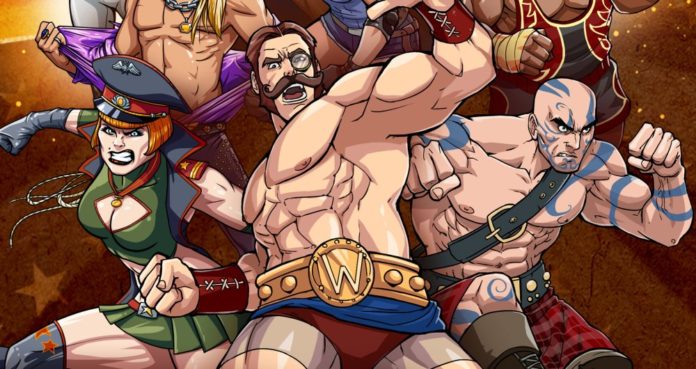 I really love The Muscle Hustle! A unique wrestling game with a high addictiveness rating, it has beautiful visuals and a huge level of appeal. And I’m here to help make the experience as pleasant as possible by sharing a bunch of The Muscle Hustle cheats and tips in a complete strategy guide.

Therefore, if you’re looking to keep on winning, but also create a top squad of wrestlers who will help you get the most out of the game, you’re at the right place! So let’s not waste a single second and let’s check out some The Muscle Hustle tips and tricks below!

Keep an eye on your special moves
Each wrestler has a different set of moves, as you probably know already. But activating those moves at the right time is extremely important. Make sure that you do so when you get the maximum in terms of damage and usefulness.

In other words, you don’t really have to activate the special move as soon as it unlocks, but do it at the right time. If you’re just about to complete a round, for example, it might be best to hold onto an ability for a new wave of enemies in order to cause maximum damage. Make sure that you know what each ability does and use it when it causes maximum damage.

Know the strengths and weaknesses of your team
There are various types of wrestlers in the game, each with their Pros and Cons. Usually, the rarer Wrestlers are better than the others, but there are also other things to consider when deciding how good a wrestler actually is. Because, yes, some wrestlers are better in a particular situation.

Some can be useful in a particular situation (for example the lightweight ones are great when surrounded by opponents because they don’t move them away and keep on hitting them), while others are great to have by for their tagging power-ups. Either way, you should always know the wrestlers that you have, their strengths and weaknesses and bring into battle the best for the job.

Keep on taggin’
Most of the wrestlers in the game have some sort of tag power-up. In other words, if the active wrestler touches them or somehow activates their special ability, they get a chance to cause some extra damage. This extra damage comes in handy always, so when attacking always do so trying to activate as many of these tag effects as possible.

Equip items the smart way
After equipping an item – be it a belt or gear item – you won’t be able to remove it from the wrestler. Therefore, make sure you use it where it matters and where it counts: give items to your top wrestlers first, then consider giving them to others only if you have extras. But it’s usually a better idea to just focus on your starting trio.

Hit the gym
Training is extremely expensive, but it is something that has to be done if you want to keep your wrestlers at maximum level (and you should). However, since it’s that expensive, you should follow the same rules: only train the Wrestlers you use in battle. I’d go even further with this and say: only train wrestlers that you can promote.

For starters, use the coaches you find in battle first and don’t use other wrestlers. But later on, when you are sure you have a solid understanding of the game, don’t worry about using other wrestlers for training purposes. However, I found it better to simply sell those for extra money and replay older stages until you grab coaches since they give you more XP anyway.

These would be our tips and tricks for fellow The Muscle Hustle players. If you have extra advice that we could find useful, don’t hesitate to share it with us in the comment section below.