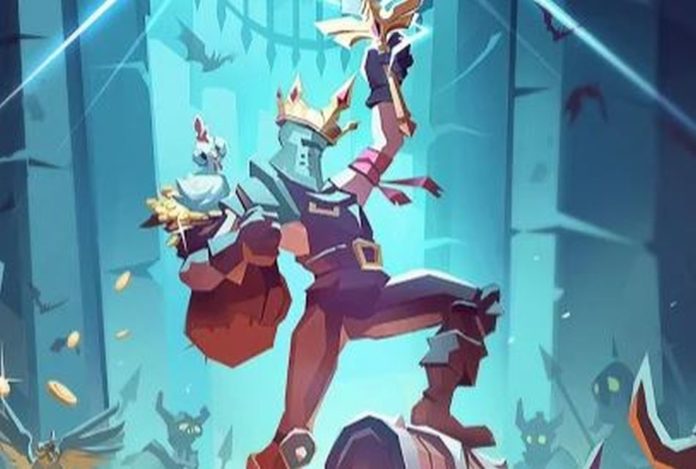 In today’s article we are going to share with you all of our The Mighty Quest for Epic Loot tips and cheats to help you get more powerful in the game and pass all of the game’s stages with 3 stars – easy!

If you love this kind of adventure games, you are definitely going to have a blast in this game, because it’s pretty much addictive! I found myself playing it for hours on end and trying to always ace every level – because there are also 3 star rewards! So if you are just like me and want to pass every stage cleanly by acing everything, then let me help you out!

Leaving all praising aside for now, you’re here for our The Mighty Quest for Epic Loot tips and tricks, so let’s not waste another second and dive right into them!

Play the Adventure stages at start

Now if you want to make sure that you really get everything set out for your journey ahead, you should start by starting to play the Adventure stages. By doing this you will start leveling up pretty quickly, and that’s really all that you need for now.

In order to level up quickly (and that should be your early game goal – reaching level 5) the only thing that you can do pretty much is play Adventure stages. When you do this you will get EXP, various item cards and also Gems (when you clear a stage for the very first time). So overall it’s a very good thing to do, because there is not really much else you can do early on to get a ton of EXP.

In the game there is not really much you can do other than fight – which means that you will have to attack quite a bit in order to damage all the enemies that come your way.

At the very beginning the game will ask you if you are right handed or left handed – well this only matters for the skill’ buttons on your screen and that’s about it. In order to attack you will need to simply tap the screen. By tapping the screen you will perform a normal attack, and that’s going to be your main weapon here.

The normal attacks are very important because they have no cooldowns and they can be performed non stop. You should always make sure that you are attacking because if you don’t have auto-play unlocked (at level 5) and activated, the game will leave your hero standing there doing nothing.

Left handed or right handed? It’s a matter of comfort

As a right handed person, I actually prefer the location of the skills on the right side because once I unlocked Auto option (at level 5) I don’t really need to move much, and it’s easier that way to also play and cast skills (and do everything else) with one hand.

I suggest that you try them out in both ways, and see which one is more comfortable for you. You can change this by tapping on the cogs icon in the top right corner of the screen (Settings), then head on to the Controls button and select the one you like most.

Some of the enemies you will face (usually the elite monsters and bosses) will also cast skills, along with their normal attacks. The skills will be marked with a “red carpet” which charges, depending on how long it takes for the skill to cast.

You should always try to dodge these attacks because they are more powerful than the normal attacks, and they will start chipping away at your health bar. Try to dodge them by swiping in any direction on your device screen to do a roll.

You will basically roll out of the skill’s range, and that is done in a second. Do this to avoid dying, especially during the boss fights and in the higher stages, since it’s super difficult to fight bosses and tank their skills too!

A little more advanced tip: you can see that the monsters have a small red arrow which points to the direction they are attacking – you can try to constantly dodge this as well, because it takes monsters a second to turn around and attack you, so if you are quick you can dodge this also!

Use your skills wisely

You can only have 3 skills maximum at any given time. These skills are not cast automatically, but you will have to cast them by hand whenever you want to use them, so you should think about it wisely.

The skills have a cooldown after use, so you can’t really cast them non stop. I suggest that you don’t cast the skills when you are against a single mob (unless it’s a boss) because you might have to face a bigger pack of mobs soon after, so you might want to save that skill for dealing with more mobs at the same time.

Another thing you should think about is their effect and timers – if a skill pulls them close together and another pushes them away, think of a way to make all of the skills work and synergize.

Try out all the skills (once you unlock them, of course), and then select the ones which you find the most powerful, and then start working on upgrading them!

Every single day you will have a new set of Daily Missions! These missions will give you tons of EXP, items and much more. Try to always complete them, because they are not difficult to complete, and all you really have to do in order to finish all of them is play the game normally (and possibly upgrade your gears here and there).

It’s important that you know what the game asks of you in order to complete certain Achievements, because it’s good to know what are the rewards that you can claim.

Every single day you will be able to open multiple chests by heading on to the Shop tab, and then selecting the “Free Chest” from the three shown there. You can claim this Free Chest every few hours every day, but you can also claim an “ad chest” which requires you to watch an ad to open.

Do this, because you can only open one ad chest per day, so it’s an extra free chest for you!

Now for the Rare Chest and Epic Chest, they are both “premium” chests which require Gems to open, but you can sometimes open them by having enough corresponding keys:

You can claim those keys for free by completing Daily Missions, Achievements, in game events and just playing the game – they will come naturally!

Equip better gears all the time

You should always keep your hero up to date in terms of gears, because they will have a huge impact on the way you play. The gears are one of the most important features of the game, which will basically allow you to pass the stages easier or not.

You can obtain gears in various ways:

– from Cards that you pick during levels

– from completing certain tasks in game

– from in game special events

Always equip the best gears you got, and keep them upgraded and leveled up because you will get more power by doing so!

A few more The Mighty Quest for Epic Loot tips and tricks:

– You can unlock more player profile icons by reaching certain levels, paying Gems to unlock them, completing certain Achievements or by taking part in some in-game events.

– 1 Energy point will refill automatically after some time. If I am not mistaken, it takes 7:30 for 1 point.

– You can complete the stages that you’ve already cleared instantly by using Auto-Win Tickets (yellow tickets next to your Energy bar) and Energy.

– You can refill your Energy for free by watching an ad to claim 5 free Energy!

– After completing a stage you can watch an ad to claim an extra free reward! You can see what the reward is in the post-stage screen where you can claim your rewards!

– Log in game every single day to claim free rewards! You don’t even need to play that particular day to claim it, just log in and claim them (in the gift button icon on the screen).

– When you upgrade your gear to the maximum level, you can Promote it to rank it up (increase the maximum level and make it stronger) or go to Combine it with another gear which is max level, and that will result in a random piece of gear.

– You should explore all the corners of the map to discover all the monsters and chests, because sometimes they might be hidden behind some obstacles which can be destroyed, unlocking a new path.

– Destroy everything you see and has a small yellow circle around – that marks a destructible item, which could drop either Gold or items!

These would be all of our The Mighty Quest for Epic Loot tips and tricks that we have for you right now! If you know some more useful game tips, share them with the rest of us down in the comments section below!

The Mighty Quest for Epic Loot Cheats: Tips & Guide to Pass All Stages