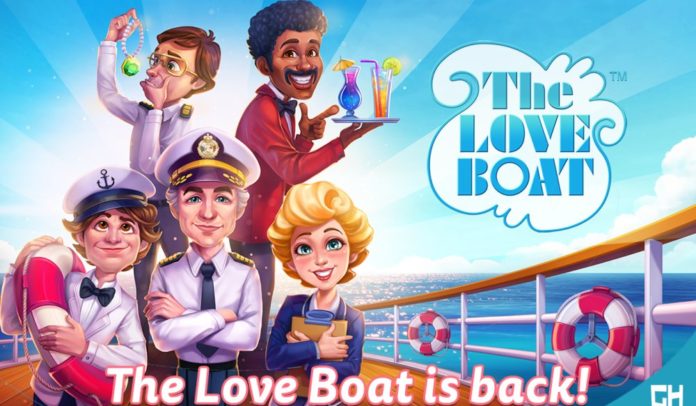 The Love Boat for mobile has just been released by GameHouse, and we’re here to share with you a bunch of The Love Boat cheats and tips – a complete strategy guide to help you pass all stages with maximum ratings and complete the beautiful story of the game.

It won’t be easy, though. This is one of the most challenging time management games that we have played recently, and you will most likely need some extra help when playing it. But that’s exactly what we’re here to deliver, so let’s not waste a single second and let’s check out below some tips and tricks for The Love Boat for Android and iOS.

Plan your moves
The most important part in this game is to plan your moves ahead and optimize time spent on getting the orders ready. Try to get things done in such a way that your character doesn’t have to walk from one side of the restaurant to the other.

For example, when you’re preparing the champagne glass, also get the key or build the dolphin toys or check in somebody. Prepare the champagne bottle when you’re cashing in from customers and replenish the magazines after serving the people at the lower left table.

Make it in such a way that you spend as little time as possible delivering the orders, focusing on the customers that require faster handling. And don’t forget that you can plan ahead in most cases: just tap items in a row before the previous action is complete in order to save some extra time.

Don’t forget about the task
Each level has a task that, once completed, rewards you with a diamond. These are usually very time-intensive tasks and in many cases it’s difficult to get them done AND get the three star rating at the same time.

Focus on getting the task done first, for example, then worry about the stars later. In other words, don’t be afraid to play the same level a few times in a row until you master it (or when it’s easier to complete because of the upgrades you have bought). The good news is that you can still complete the task even if you don’t get the three stars, which can be obtained after a replay.

Get the mouse
Each stage will see one of the mice you unlock appear randomly somewhere. Keep an eye out on them and tap them as soon as you see them as they will grant you a really nice monetary bonus

Buy Upgrades
It took me a while to discover that the price tags I see before starting a mission are actually upgrades I can purchase to make my life a lot easier. And it was so good after realizing that!

So buy the upgrades, focusing on the ones that are obviously going to increase the time the customers are willing to spend waiting. Some of the upgrades have very strange descriptions, making it impossible to guess their effects: leave those for later on and go for the upgrade effects that you are 100% sure of. And usually waiting times results in a better overall performance.

Get the mouse crew
Spend the diamonds you get by completing the stages’ tasks to unlock new mice from the diamond menu. These don’t seem to affect the game in any way, but it’s a nice addition and a pleasant distraction overall.

Replay older stages
If you’re starting to find it difficult to complete stages and get the three stars (or the tasks done), it means that you should by some extra upgrades for your restaurant.

However, you probably don’t have money for that, otherwise you would’ve bought them already. This means that it’s time for you to replay older stages – even if you mastered them and got the diamond too. This will help you make more money, and in return you’ll be able to buy upgrades.

I recommend playing the stages that reward you with the highest amount of coins possible, usually the later stages instead of the earlier ones in the game. Try going for those you can easily master and you enjoy playing.

These would be, right now, our tips and tricks for The Love Boat game by GameHouse for mobile. If you have extra bits of advice for fellow players to help them get the three stars in all stages, don’t hesitate to let us know by commenting below.